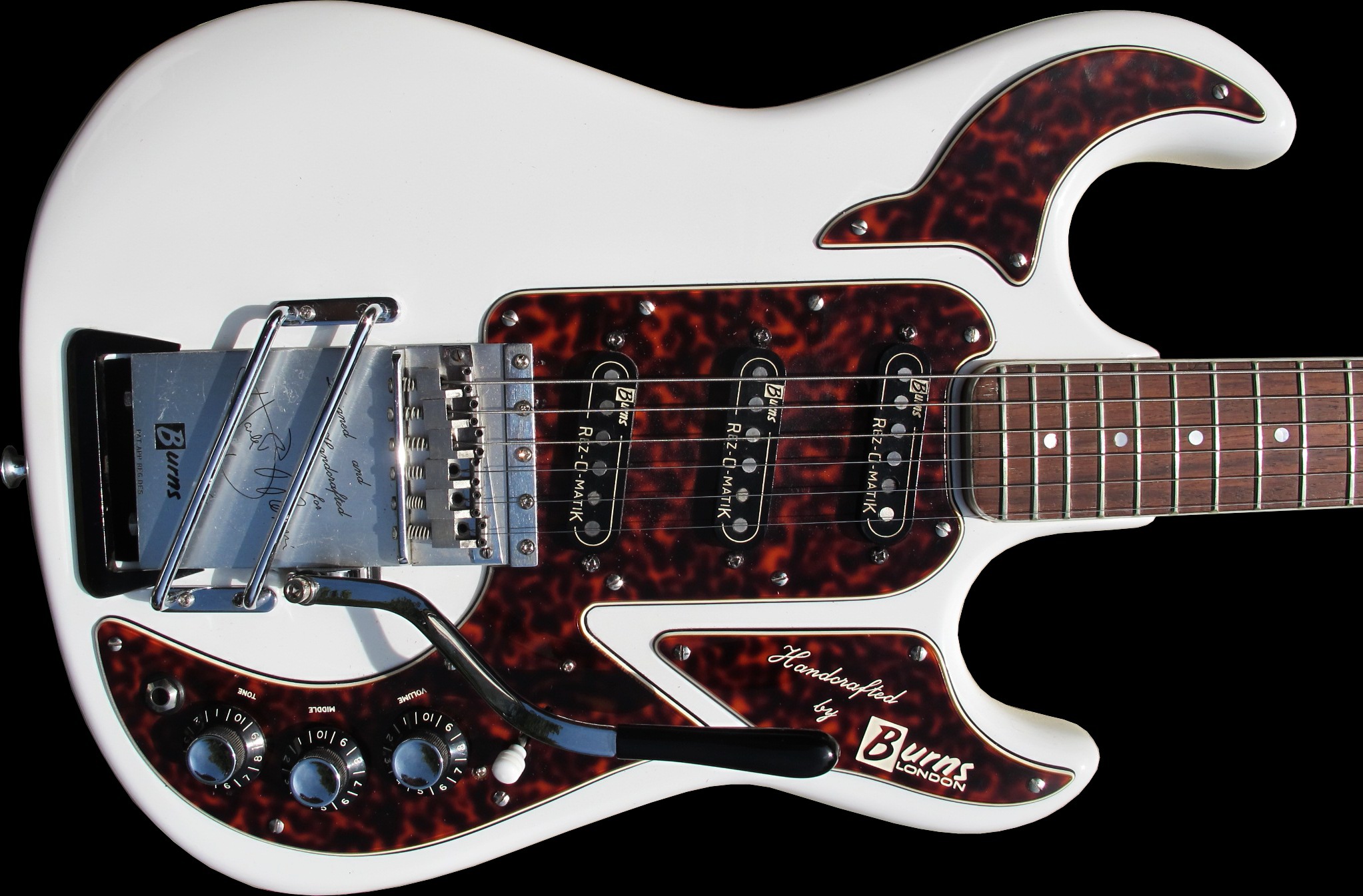 An immaculate 'Marvin' from circa February 1966, with the "new-for-1966" flattened scroll headstock design and a Burns logo scratchplate. Baldwin bought the Burns company in October 1965, and transitional examples shipped bearing either or both brand names for the first few months into 1966. This guitar seems to be a one-off custom or experimental example, featuring Burns' usual 24.75" scale length with the vibrato unit correspondingly mounted further forward to achieve perfect intonation. Additionally, this guitar features unusual experimental wiring with the middle knob marked 'MIDDLE' and which functions as an independent volume control for the middle pickup, allowing unprecedented access to all pickup combinations while retaining the Marvin's original 3-way blade switch. 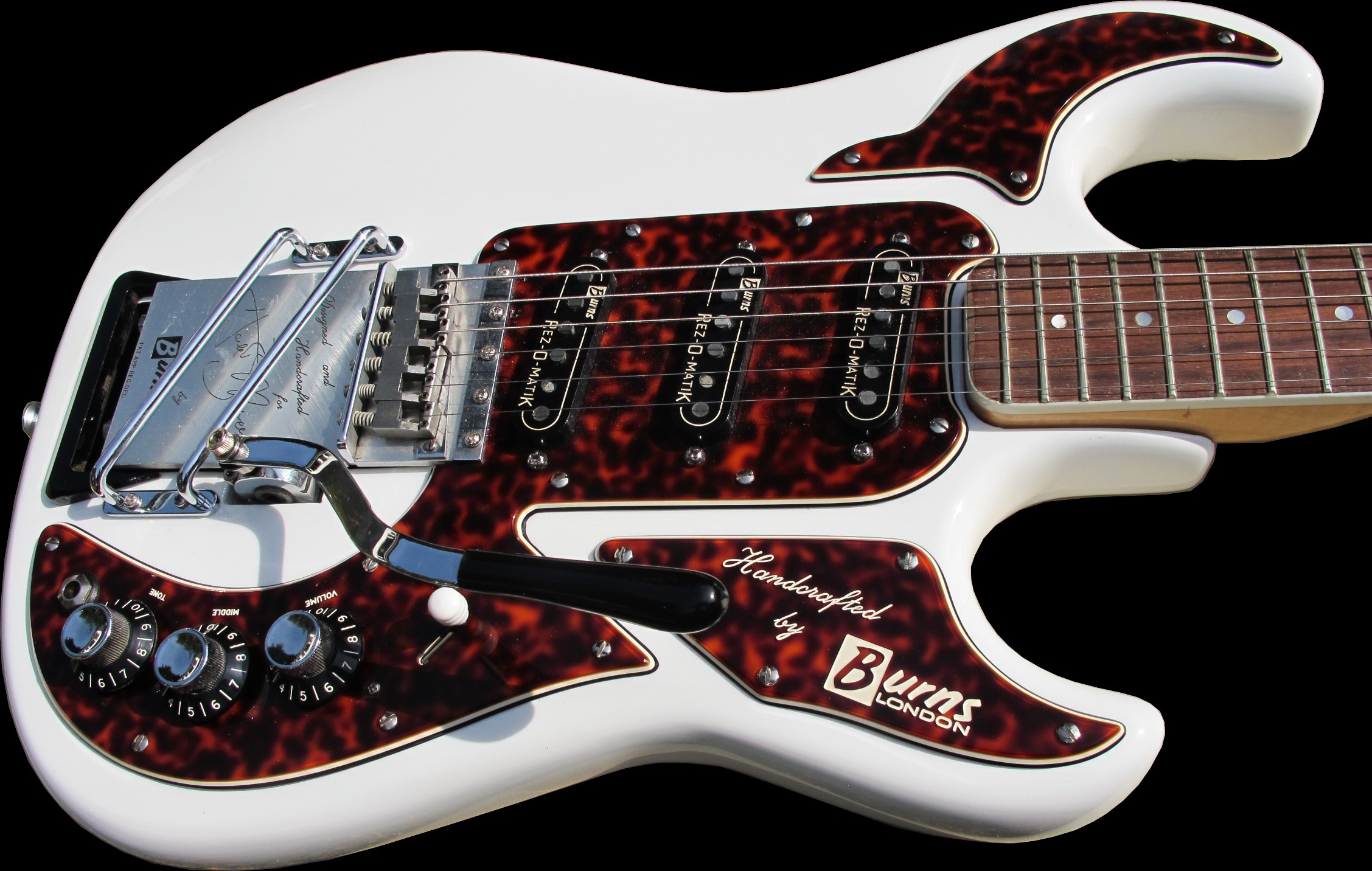 Featuring the most intensely-flamed European Maple Neck, with Rosewood fingerboard. 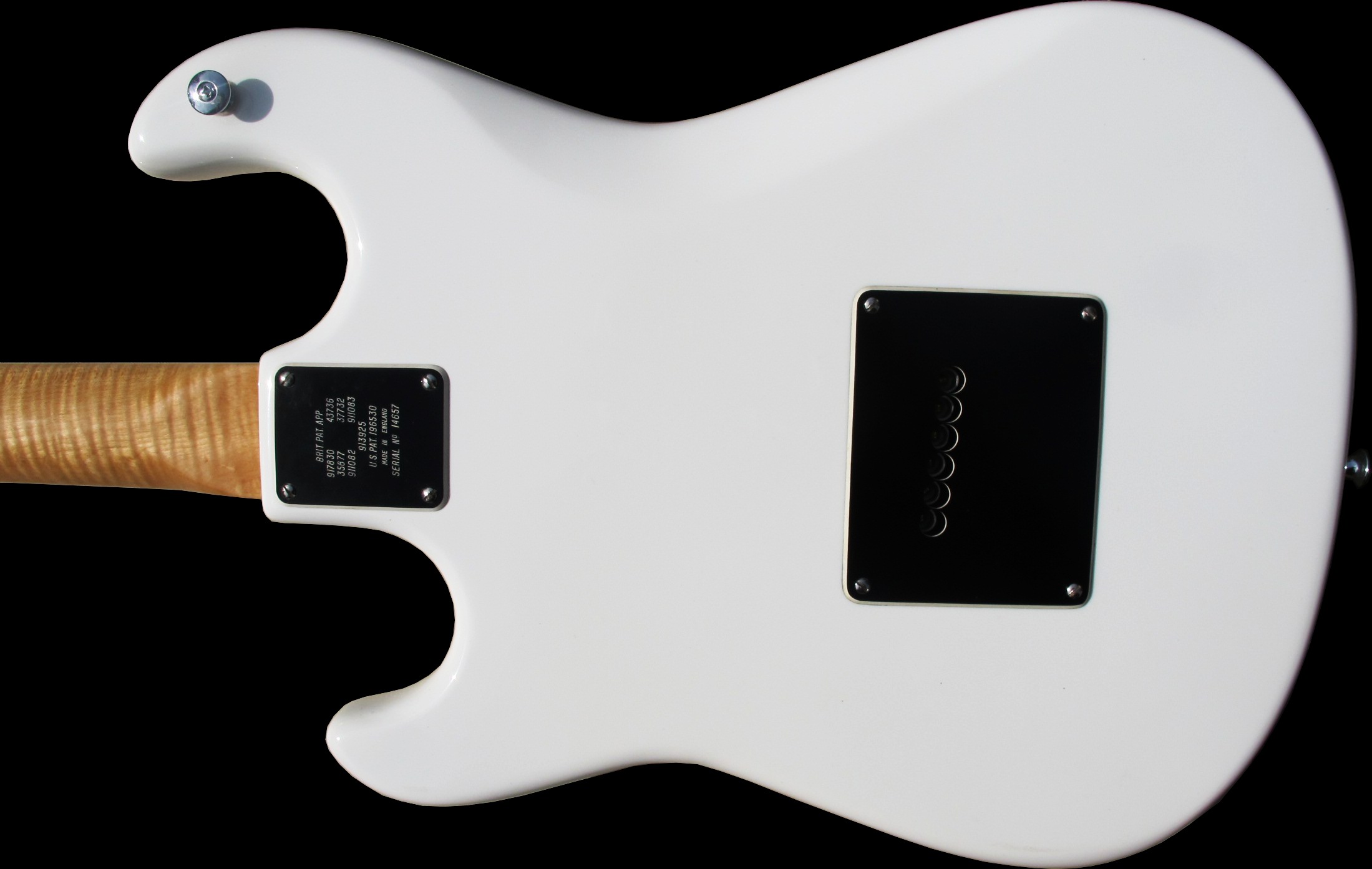 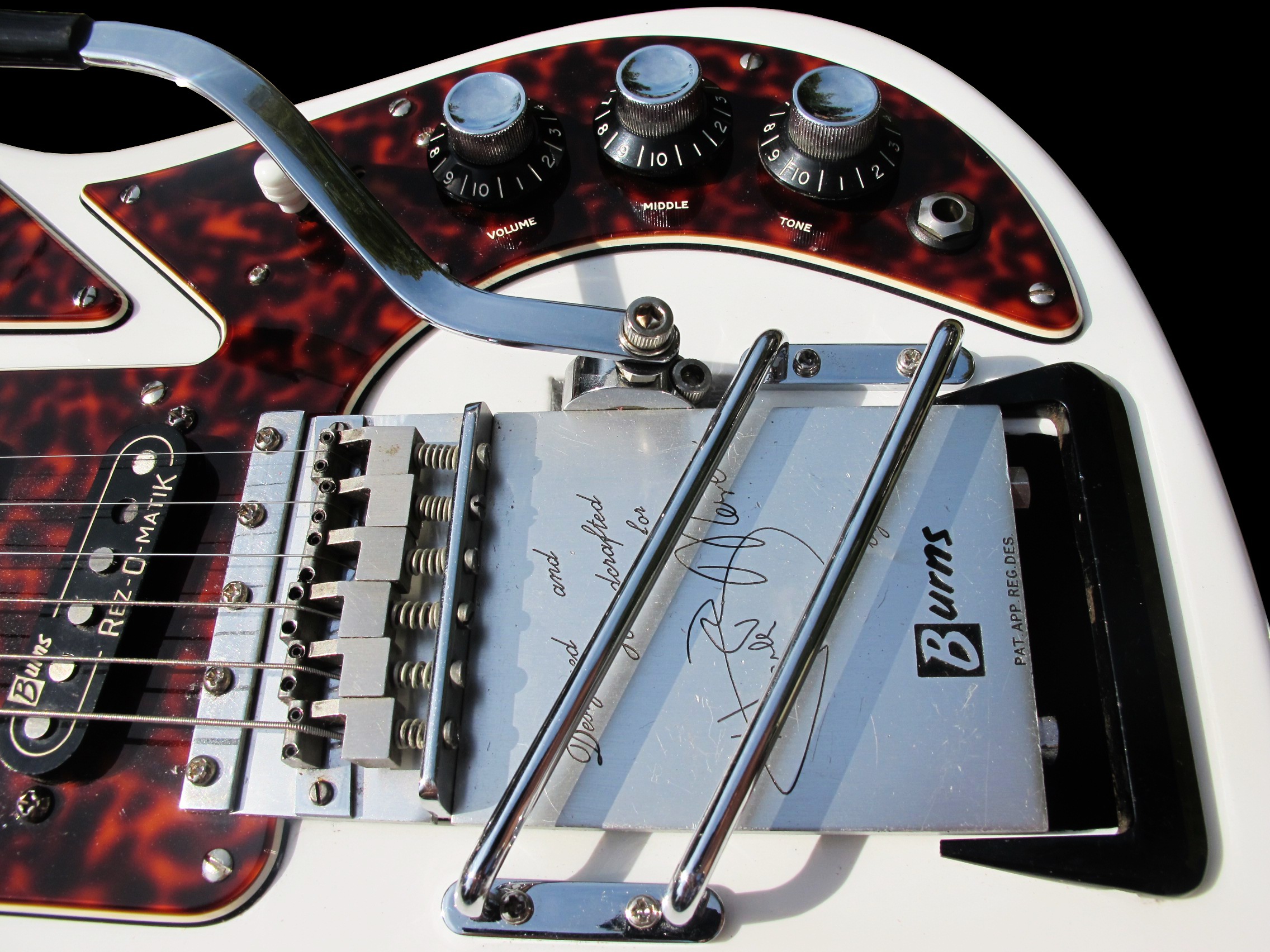 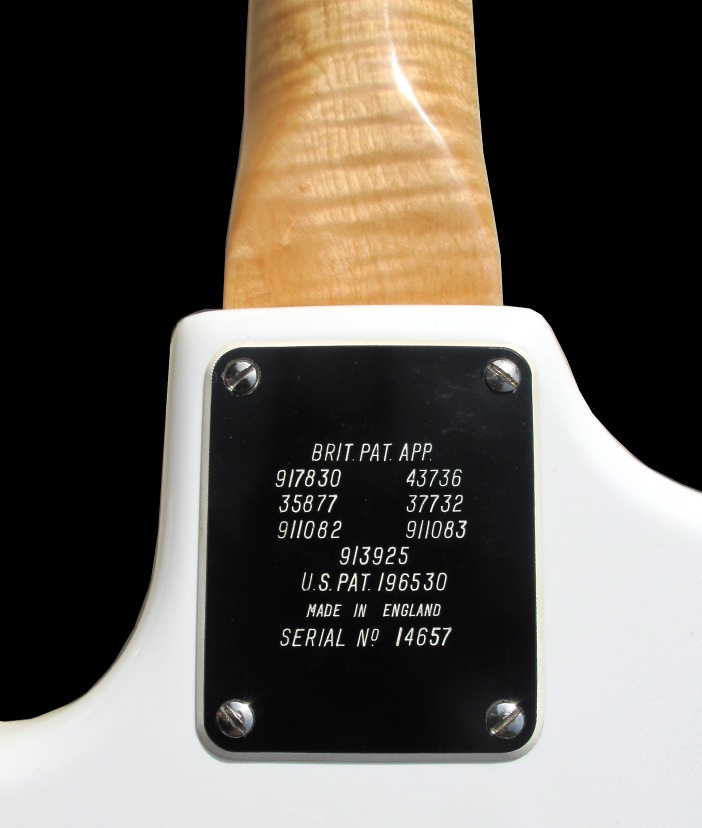 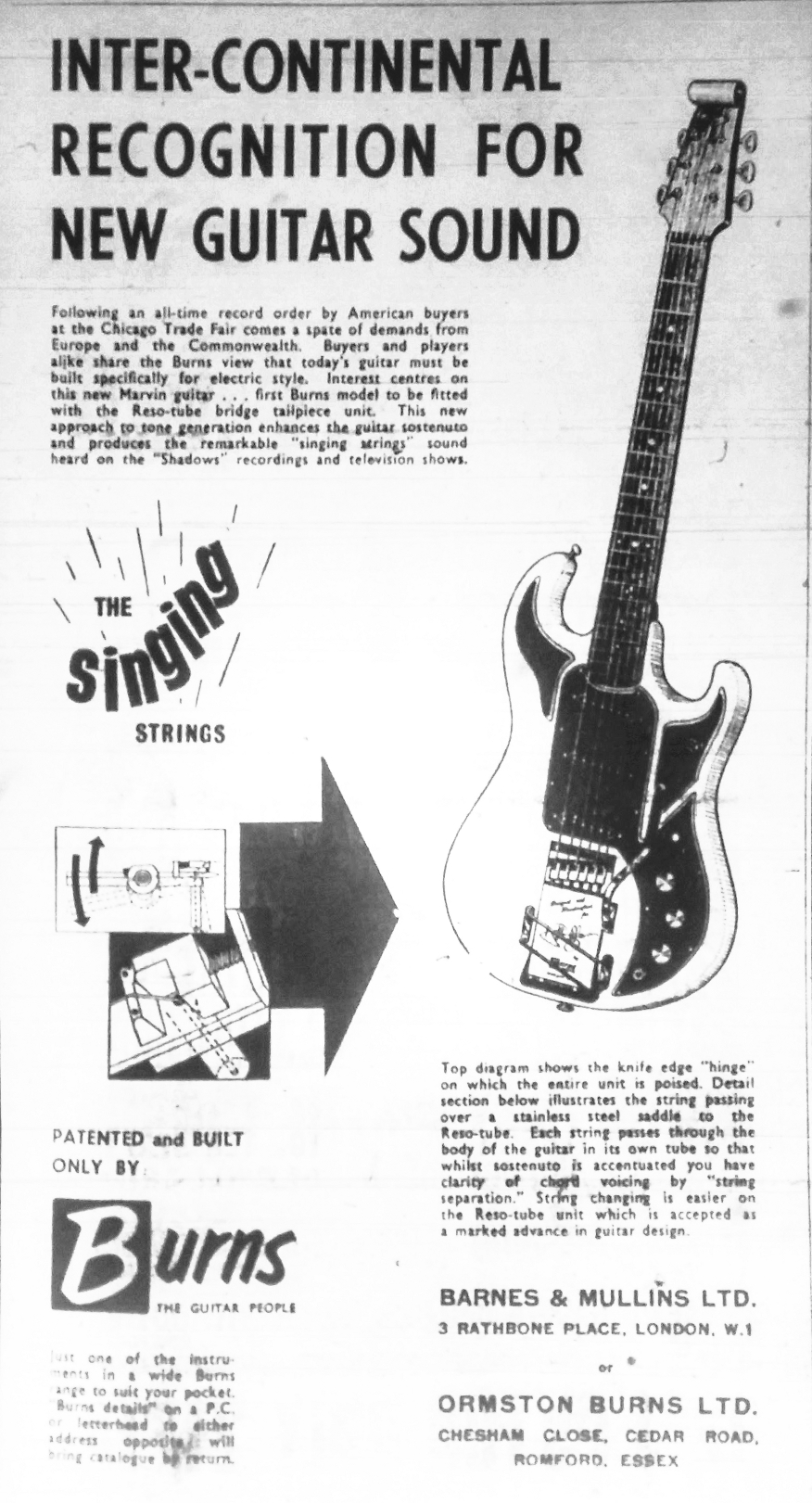 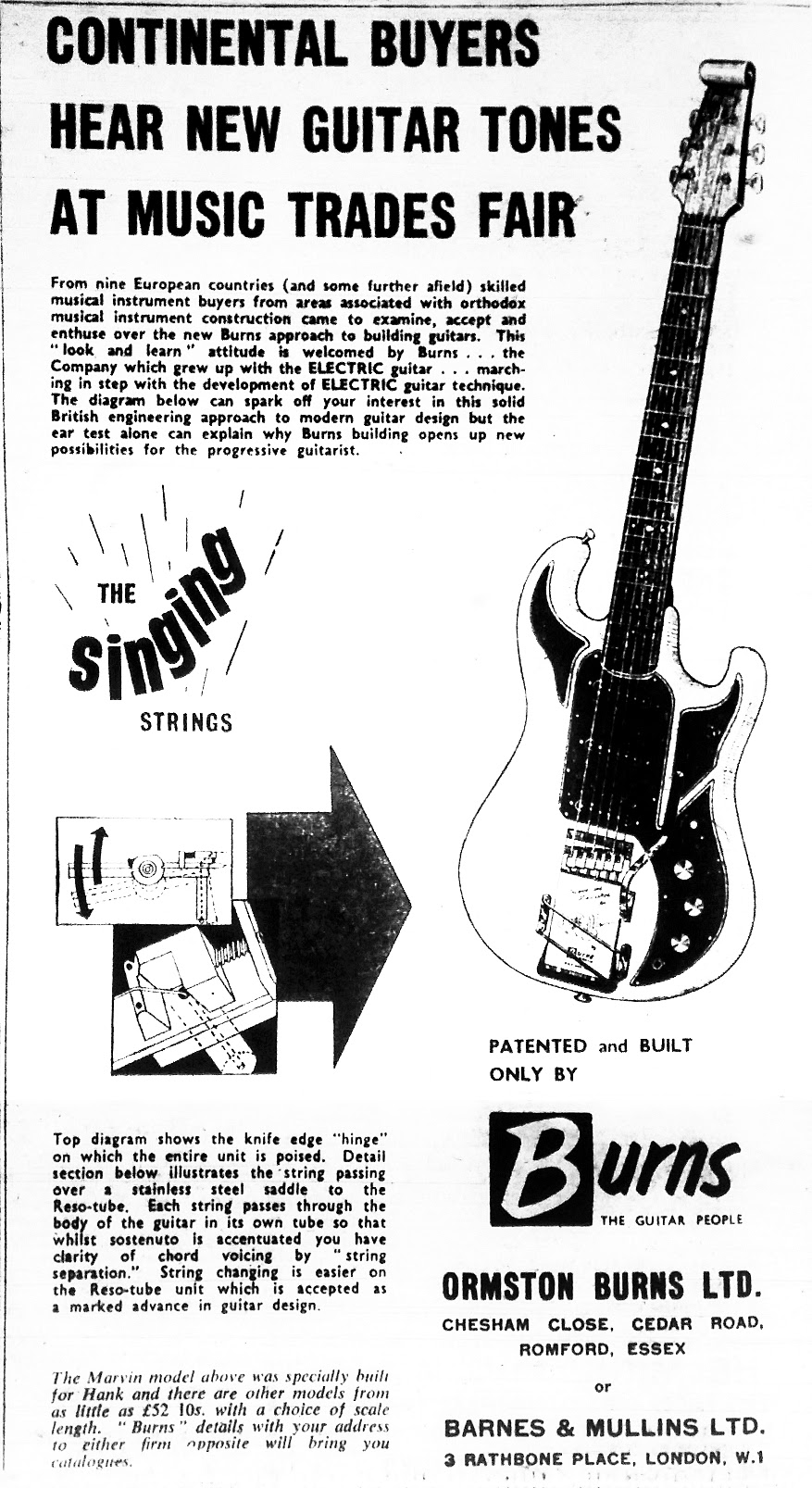 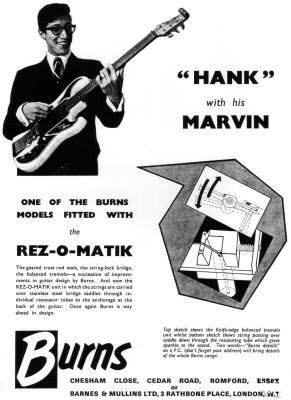 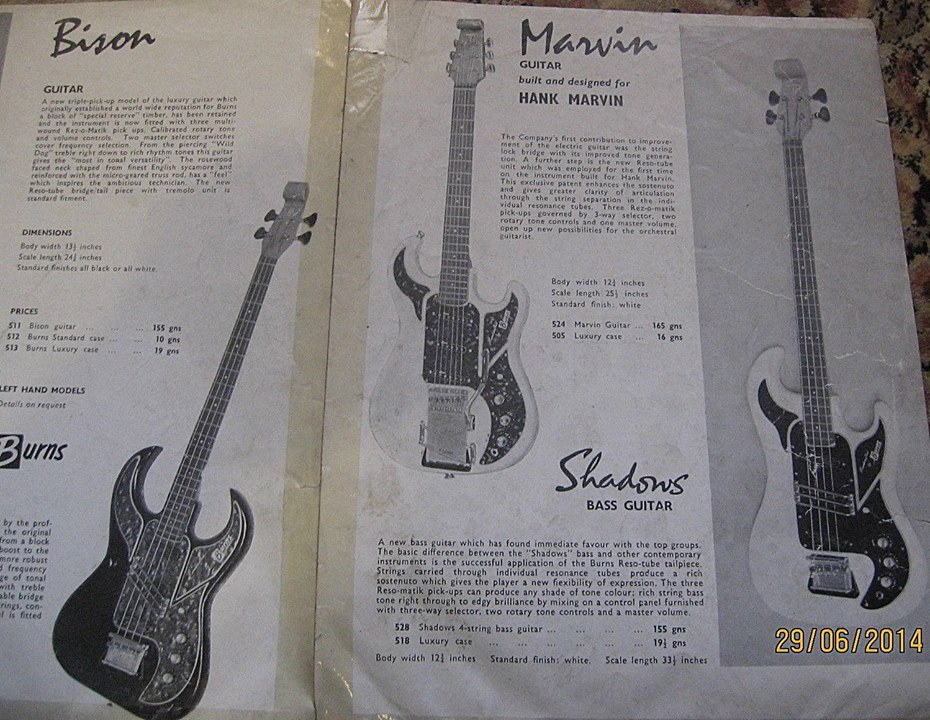