Henry Weill says in a 1977 interview with Paul Day that these early guitars were made in extremely small numbers:

"Originally we made 3 guitars, 2 guitars, perhaps half-a-dozen guitars. But the thing that was important to us (as a company), and which enabled us to develop; not to see mass-production, but larger runs, was... (to get) orders from people lke Hohner. Well, this was something we used to do; We used to make up a sample of something, take it to somebody like Hohner and say: 'How would you like us to make you a hundred of those, and you can have the design exclusive?', you know?

This Fenton-Weill Deluxe is one of the perhaps half-dozen-or-so examples produced independently in 1960 for distribution under the 'Fenton-Weill' banner, following the dissolution of the short-lived Burns-Weill partnership of 1959, but prior to the productive 1961 Hohner deal which saw the introduction of the Amazon, Zambezi and Apache models.

Internally, the body and pickguard are marked '4'. 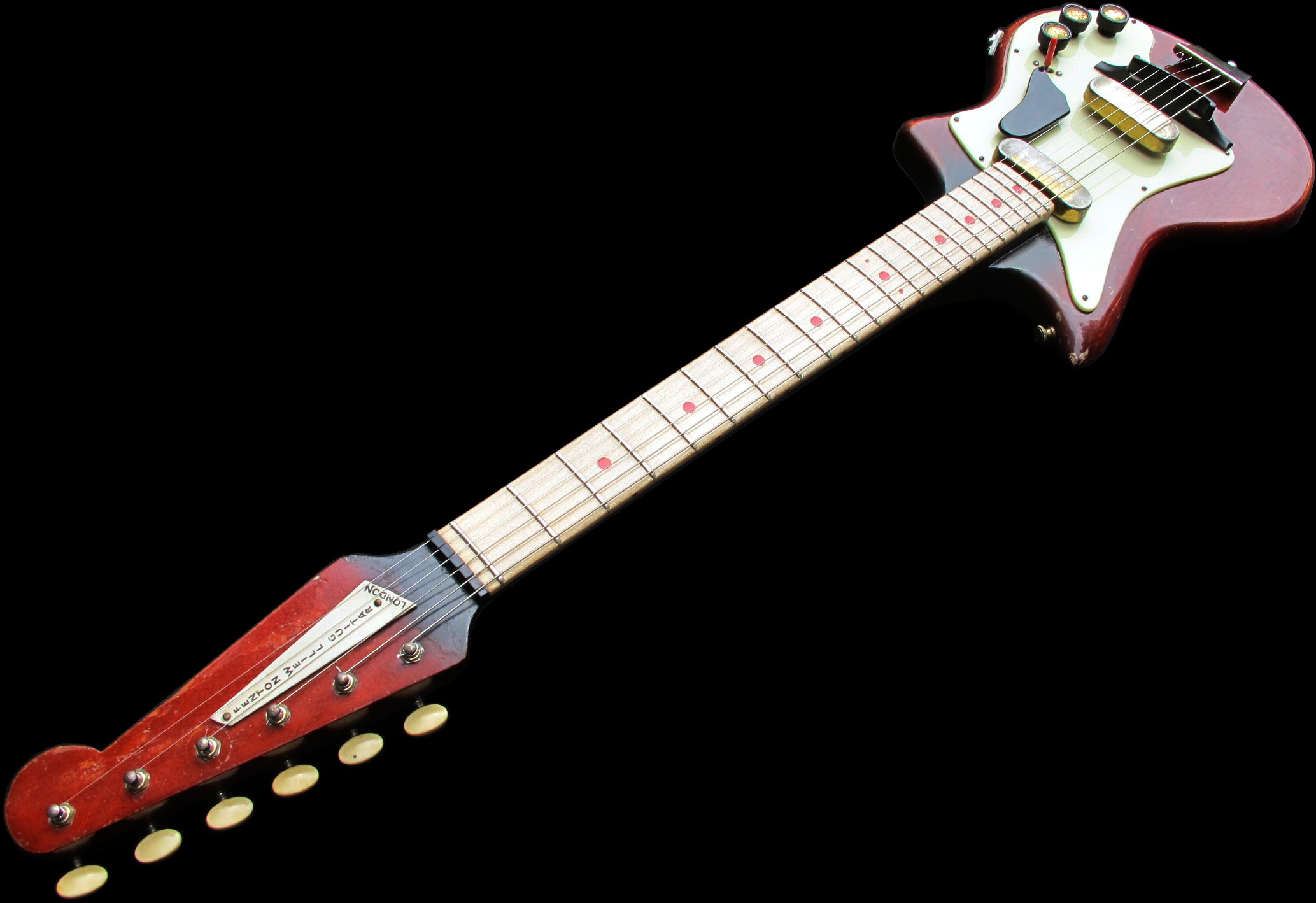 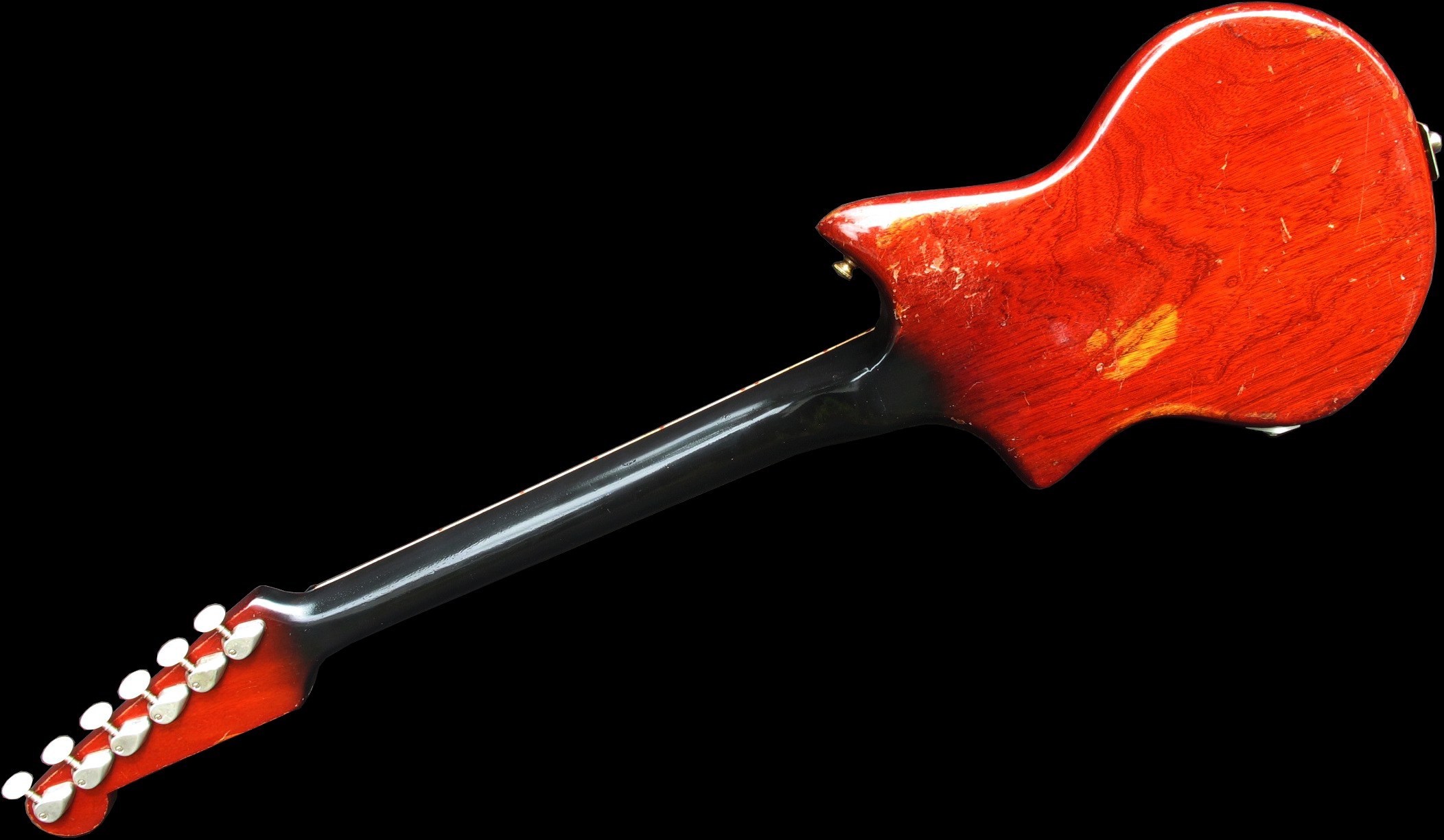 Uniquely-shaped 'bat-wing' Secondary Pickguard, unlike those on other known Deluxes.