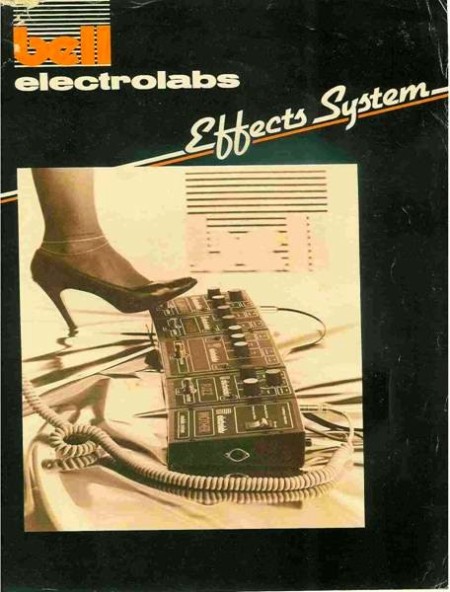 Pictured below are my set of Electrolabs pedals. Close-ups and gut-shots are at the bottom of the page! 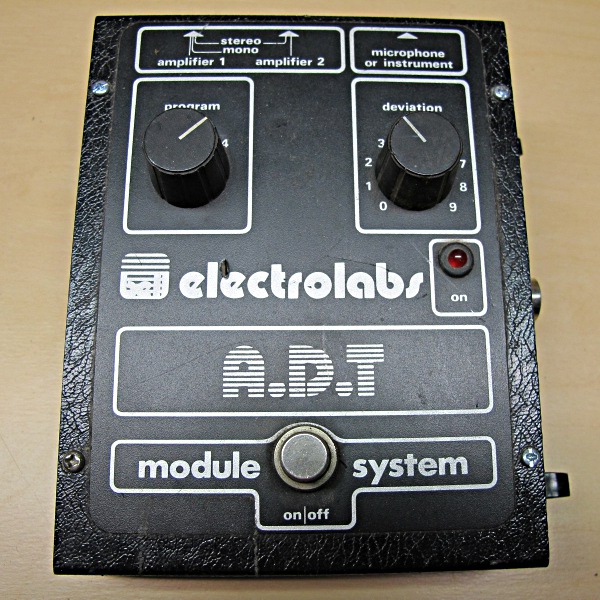 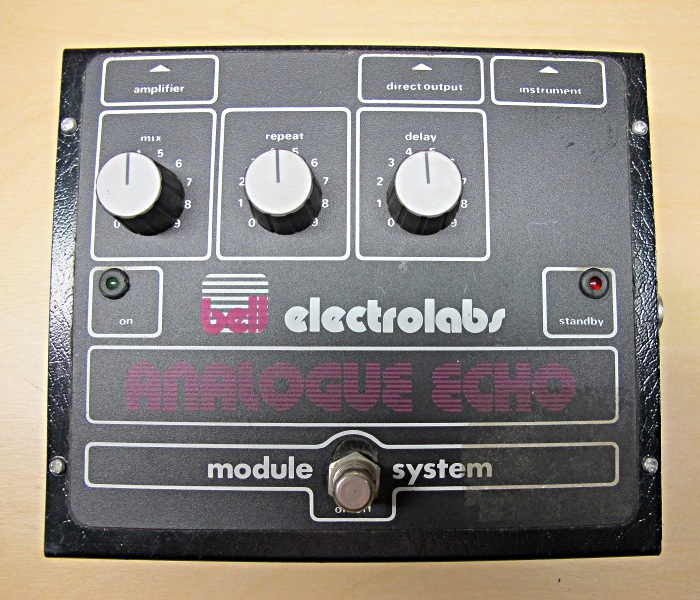 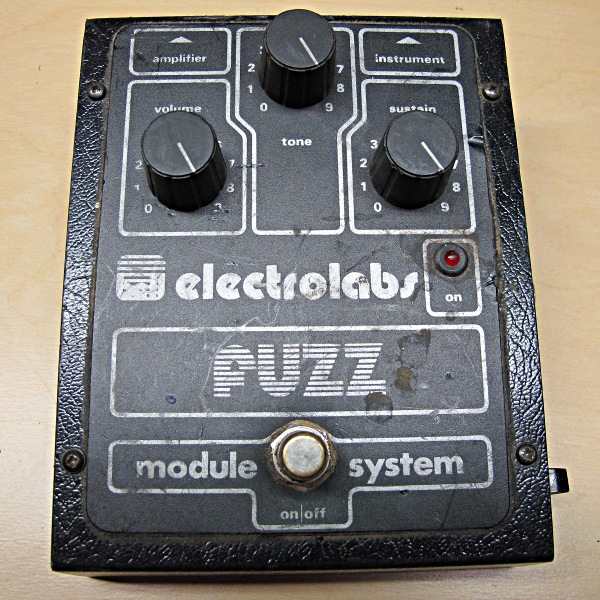 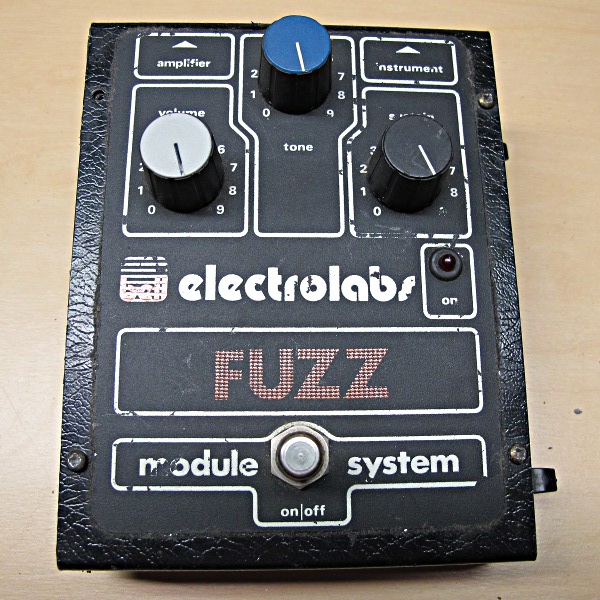 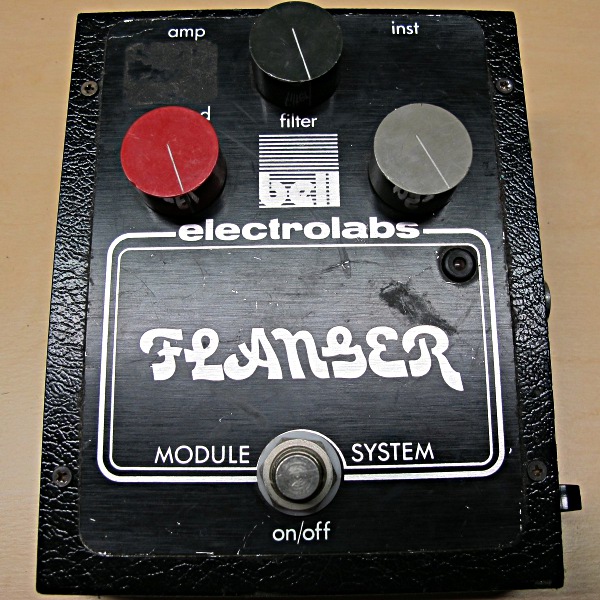 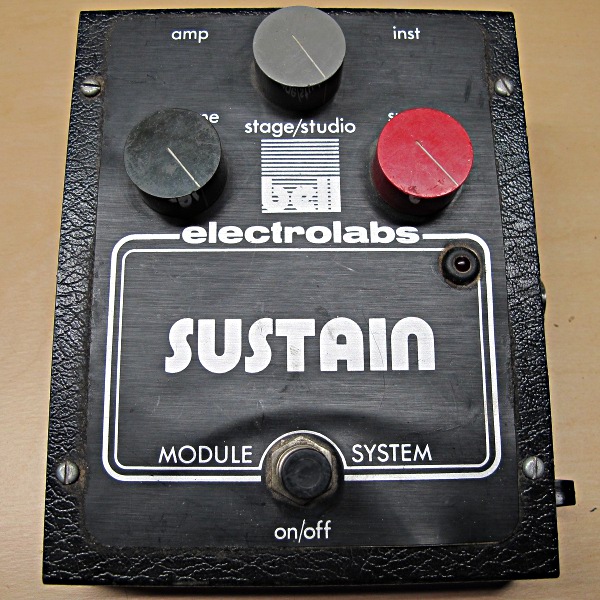 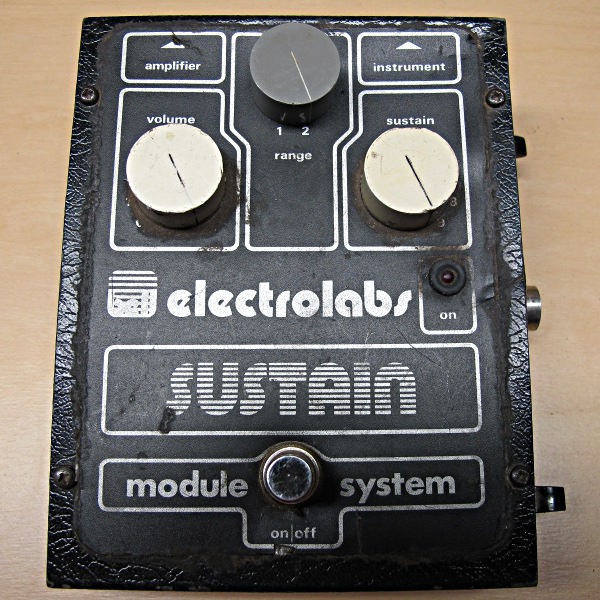 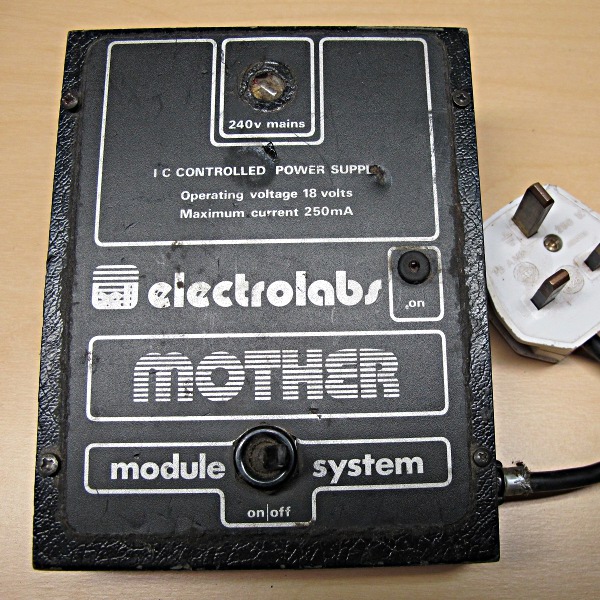 There has been very little written or indeed known about Bell Electrolabs pedals, leading Tonehome website to recently opine "There is hardly any other pedal manufacturer as enigmatic as Bell Electrolabs. Production period? Unknown. Production numbers? Unknown. Where did the company come from, why and where did it disappear? Unknown."

Pedals seems to have been given frequent cosmetic and specification upgrades in roughly this order:

The Company was dissolved 27 August 1985, although production could have ceased much earlier, since by January 1985 Mike Bell had opened the newly renamed and refurbished Golden Portobello pub in Notting Hill - where he still is today after 29 years!

I have recently been lucky enough to locate and correspond with freelance electronic designer Tony Koorlander who worked with Bell from 1977-81. Prior to this, Tony had also independently marketed some pedals under his own marque 'Precinct Electronics' whilst holding down a dayjob at the BBC, as well as performing occasional repair work for the Macari brothers (Colorsound) in Charing Cross Rd... "I let them tryout my phaser before we marketed it as Bell......" 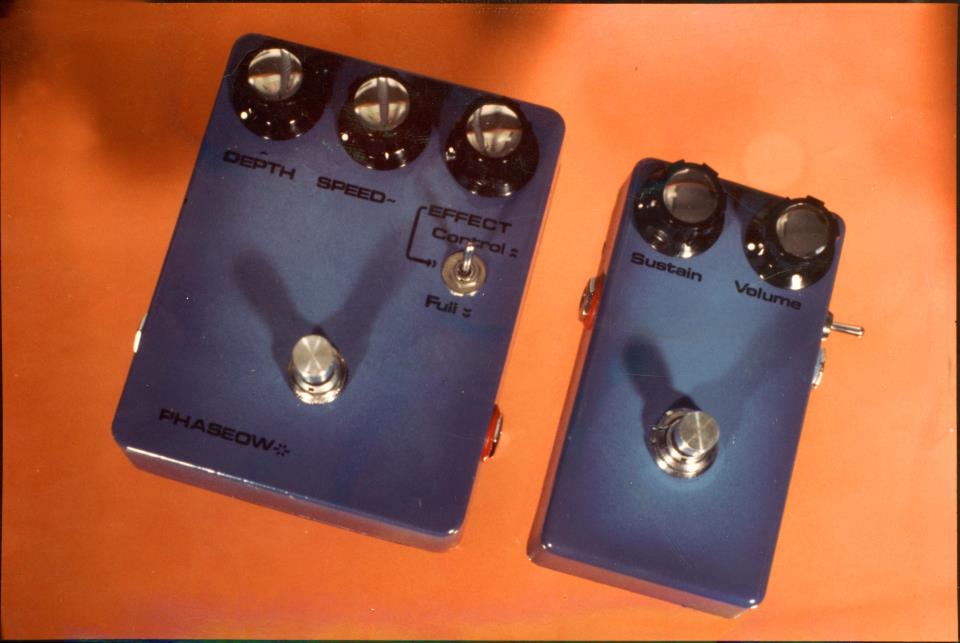 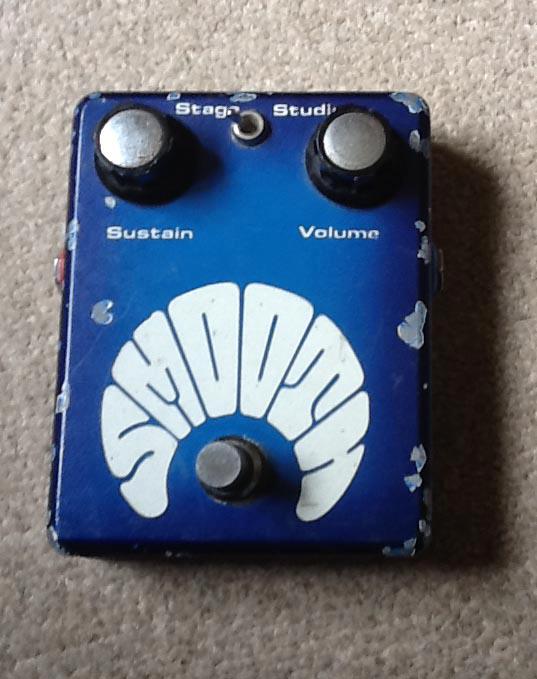 "My original work as a freelance designer building custom electronics for guitars, had started as far back as 1976, whilst at the BBC and it was there that I designed the ‘Smooth’ guitar sustain pedal as an accident of fate – a fault in wiring up a new auto level circuit I’d designed for News Studio talkback circuits was taken home to fix on my day off. I had no microphone handy, so plugged in my guitar to try it – good grief – what a gorgeous sound! I then started making them under the label Precinct electronics. Smooth users included Brian May, Gordon Giltrap, to name a few and Paul Day loved it and promoted it so well that Burns started marketing it under their own brand name at one point." (Tony quoted from flatericbassandguitar.blogspot.com)

Tony kindly answered some of my questions about his time with Bell:

Bell Electrolabs was started by Mike Bell in a barn at his cottage farmhouse home in Stokenchurch. There were three of us working with Mike: Me (on a part-time basis); I designed the sustain, the phaser, the adt, and a digital echo... Chris, who 'lifted' the Flanger from the Electric Mistress, then left it to me to finish the improvements and design details... and Stan Wilson, who designed the Fuzz... To be honest - the Bell Fuzz was originally an improvement on the Big Muff Pi... Stan worked on it for ages until it gave him the sound he thought was best with the best tonal range. I just left him to do the testing and setting up on those - it was his design.

The ADT was actually the first to market... we beat EH and MXR; they were blown away! Mike Bell used to play me a Little Feat track 'Time Loves A Hero' (released May 1977) which had a glorious guitar riff with studio ADT...he said he would pay me to design it. That was how I started working with them. Then they had the Sustain off me - modified - as a bonus. The Flanger came hot on the heels of the Electric Mistress but before Boss or anyone else got to grips with it. All made possible by the availability of Reticon SAD512 devices; bucket brigade delay lines with simple interfacing which are no longer available these days, so that raw pseudo digital flanging with all the filtered clock signal artifacts is no longer available.

When we were launching the ADT (late 77?) we were approached by a company called Sarasota Engineering in Chandlers Ford who had £15k to invest in a diversification project and thought us suitable. After significant help with production engineering and advertising they sold on to PA:CE (circa 1981?), at which point I left to do more direct freelance work for Chandler Guitars amongst many others: HH Electronic, Fleet Music, Peter Cook and Ashley Pangborn guitars, and anyone else who paid... I was designing a two channel guitar amp with fx for Technovation after 1981, so really dropped out of the Bell picture after the PA:CE thing started.

The logo changed typeface when we went from one supplier to another I think. Mike changed the artwork using Letraset. The circuit - well as time went on we changed capacitors to a smaller and more modern type, same as I was using in my own pedals... and I finally convinced them to get fibreglass pcbs made instead of the old bakelite ones... for longer life. 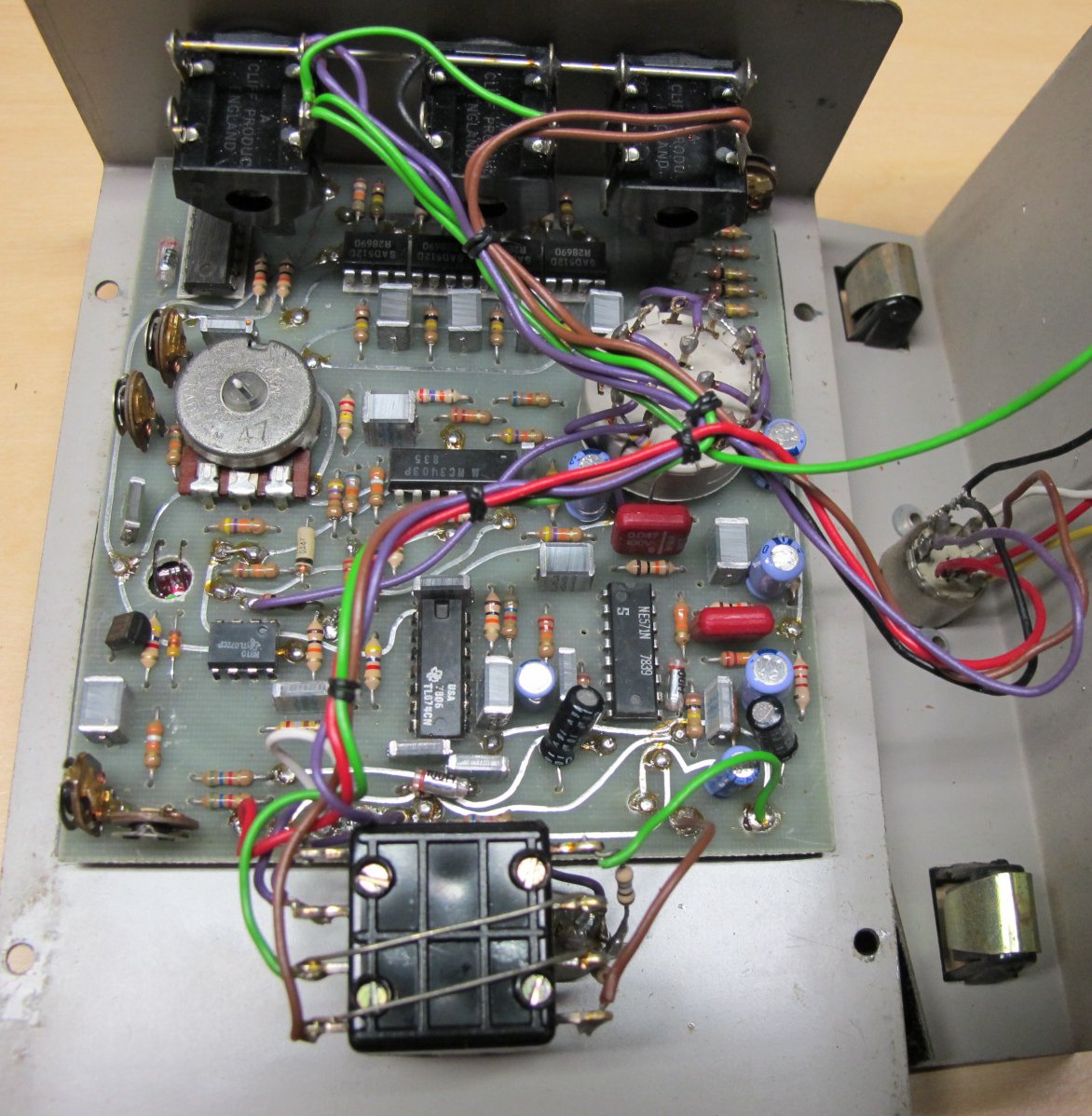 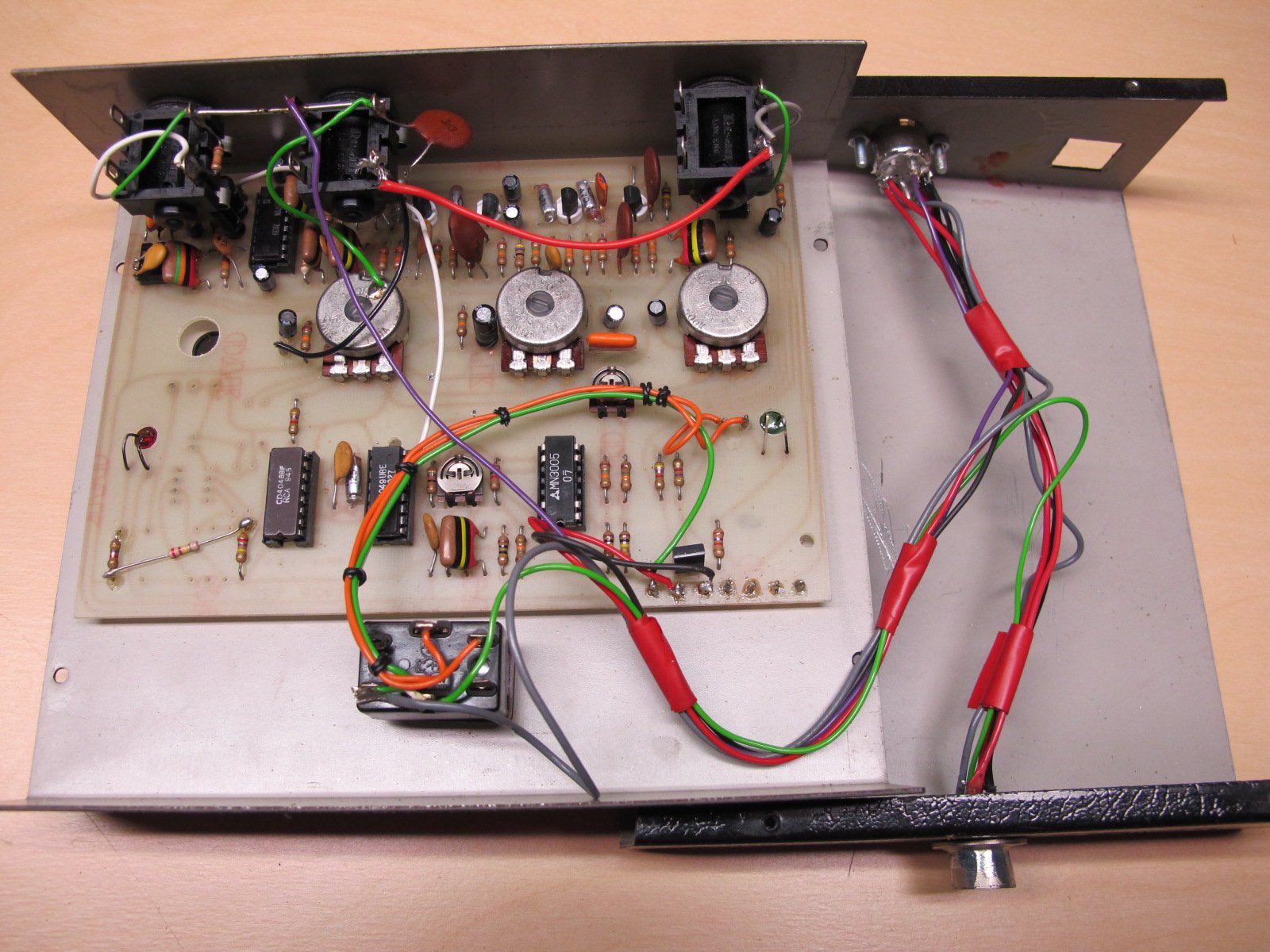 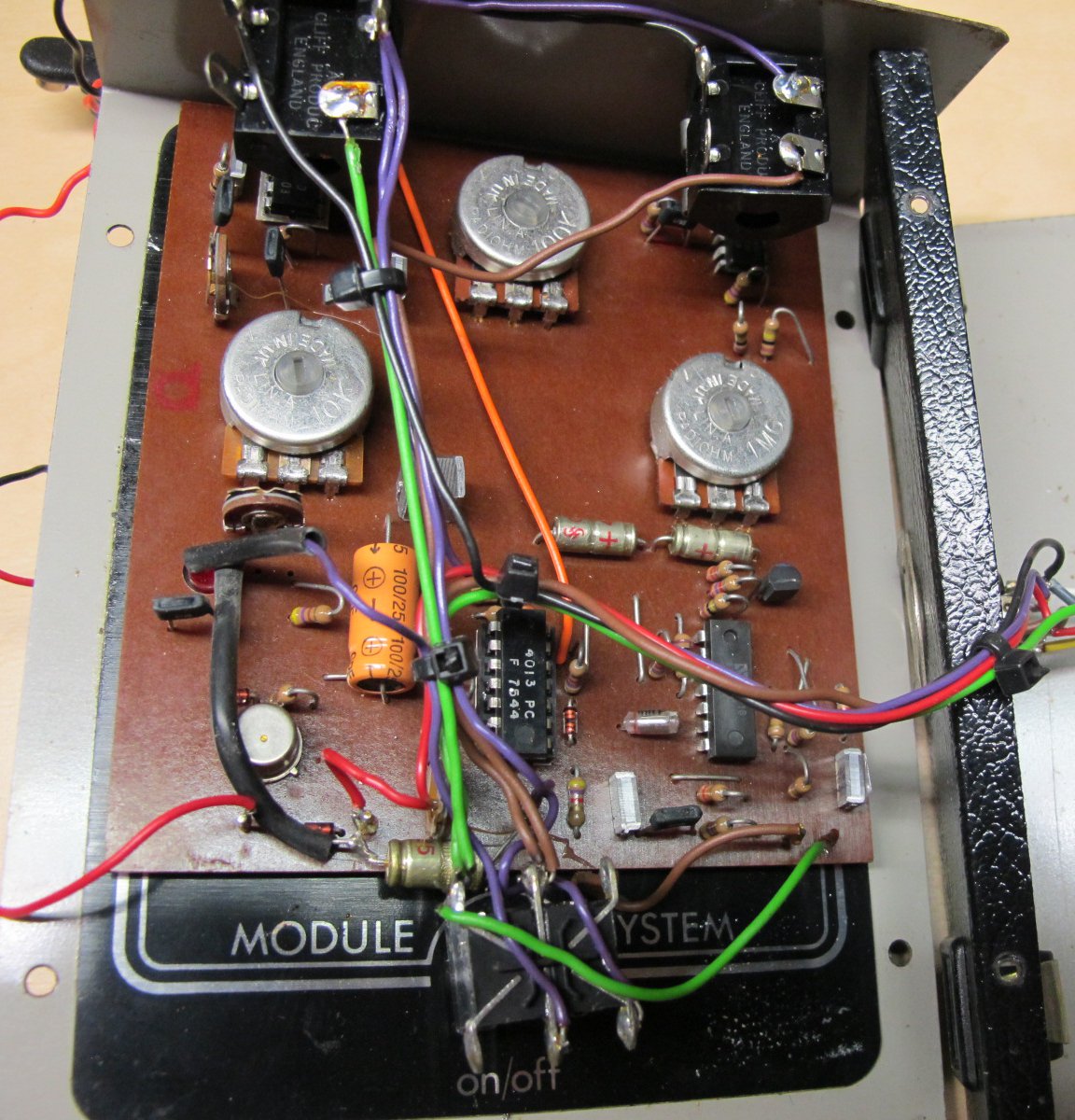 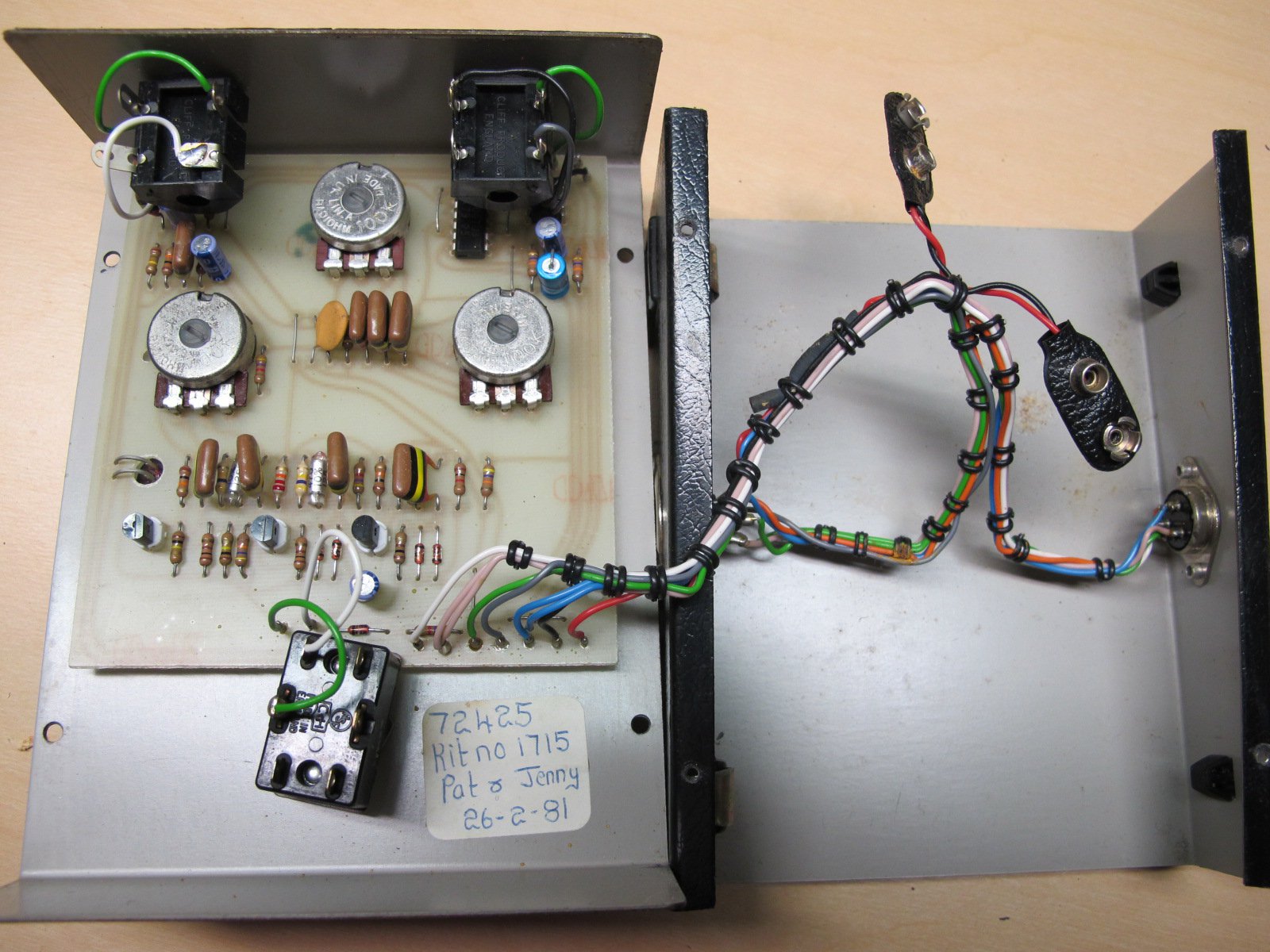 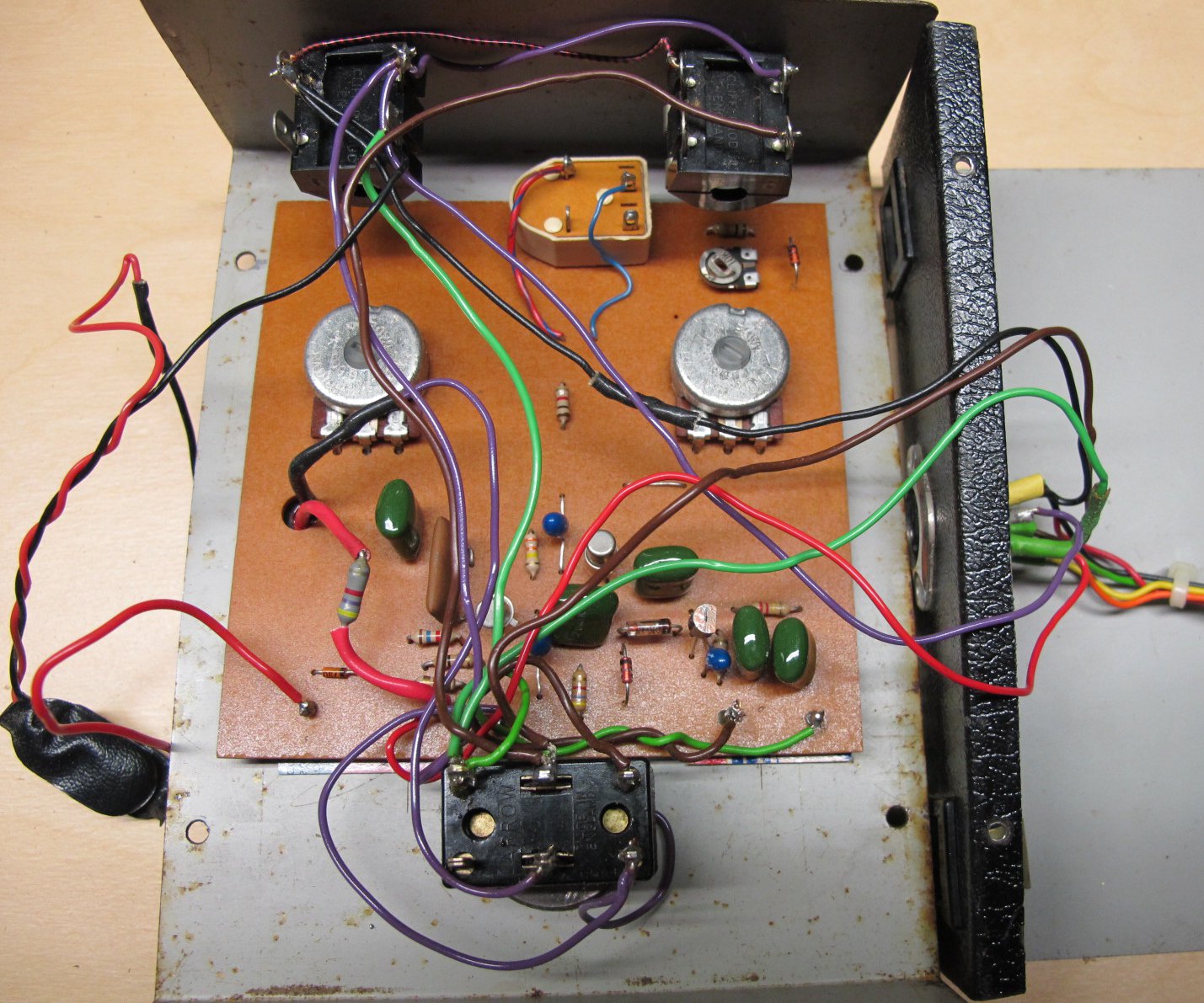 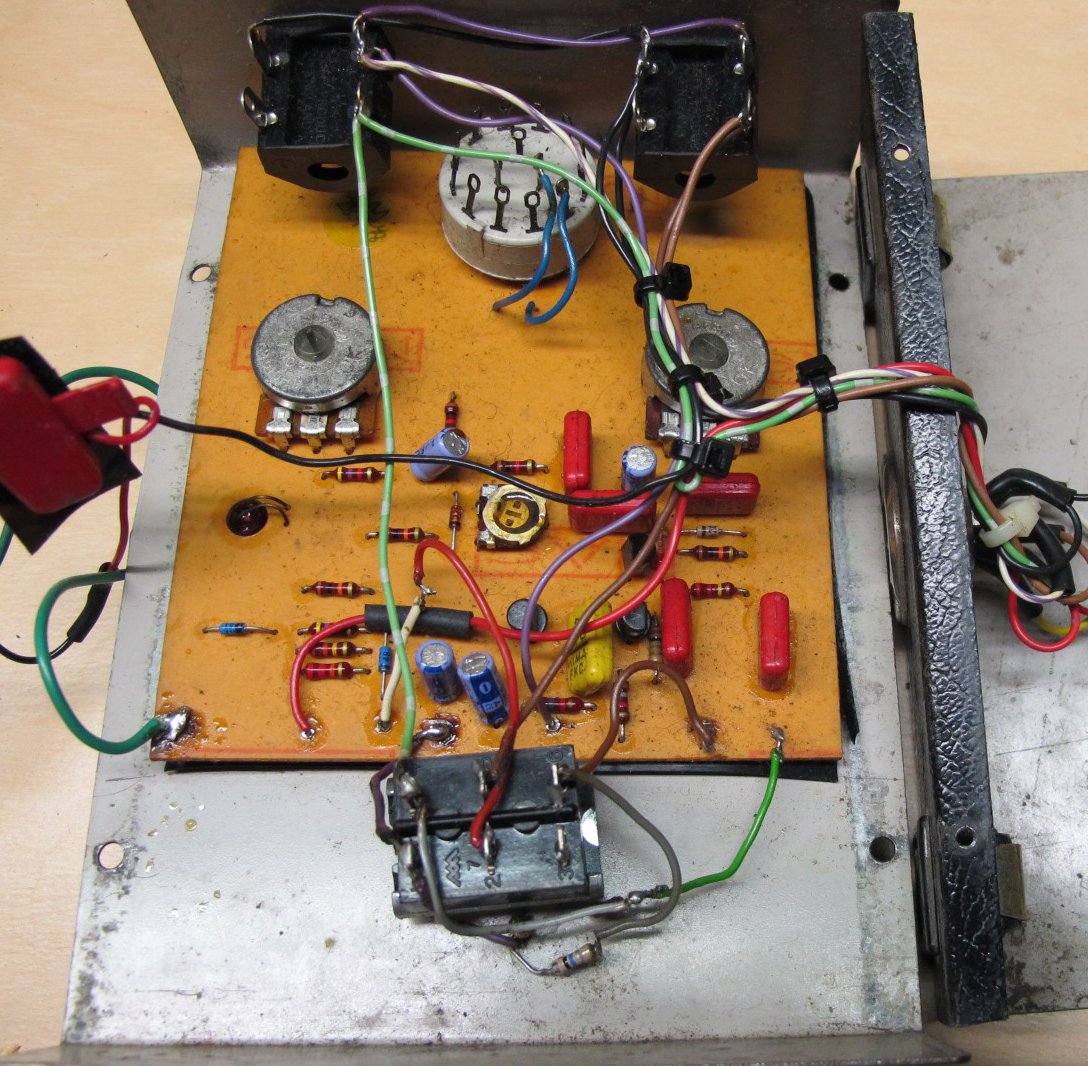 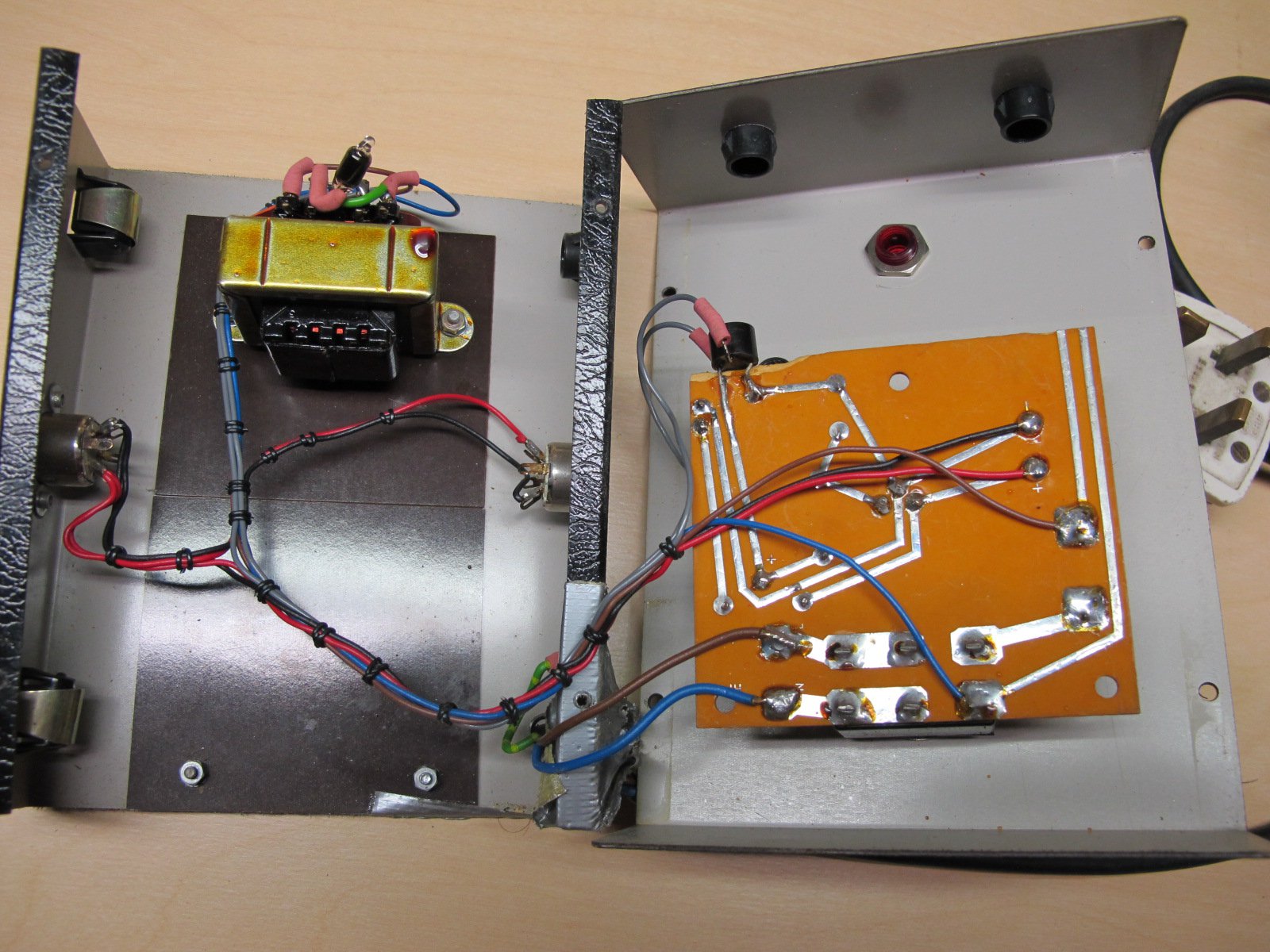 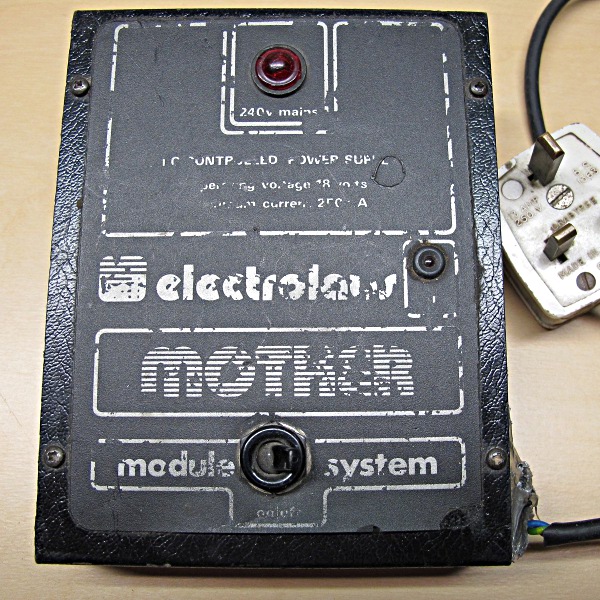 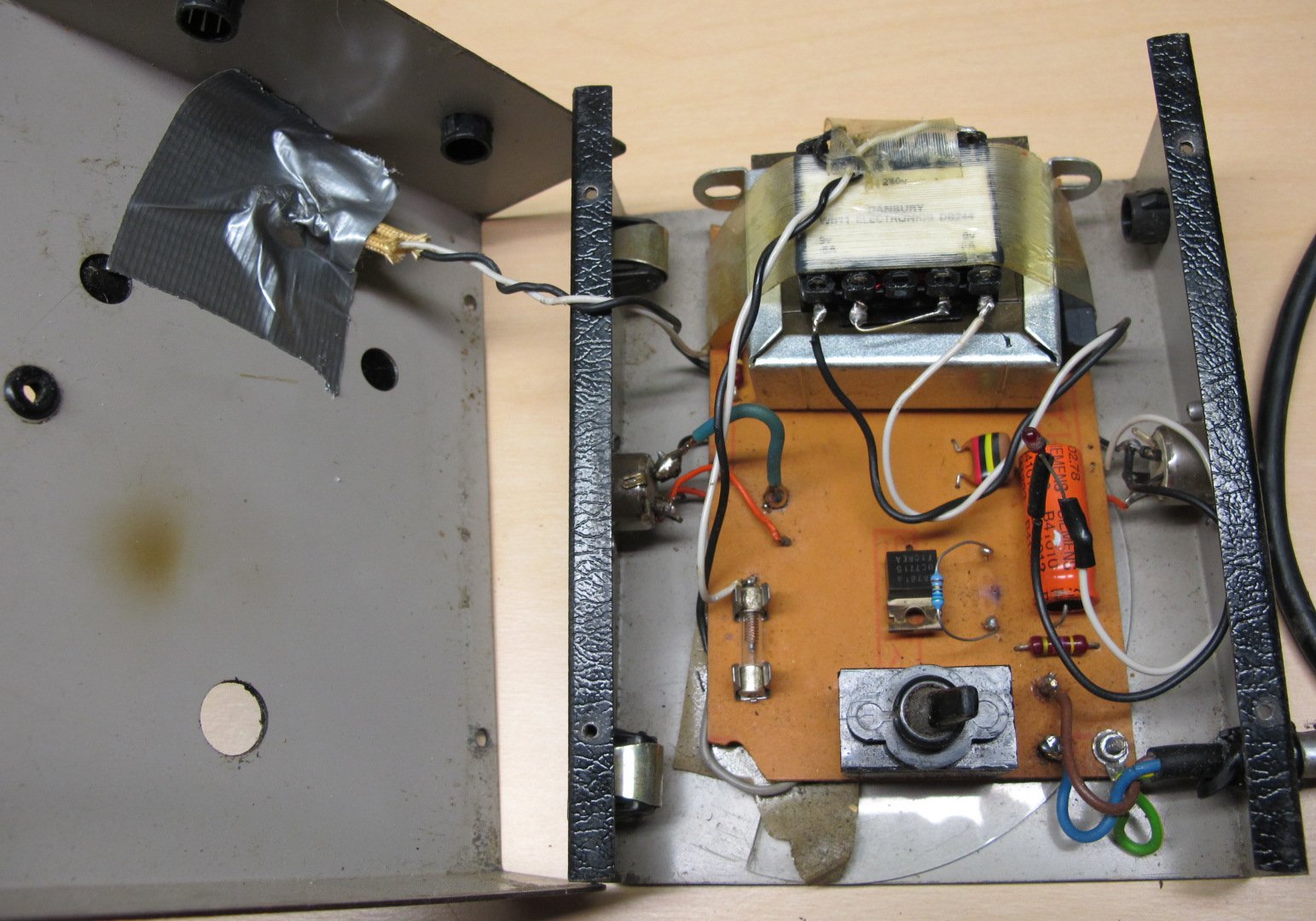