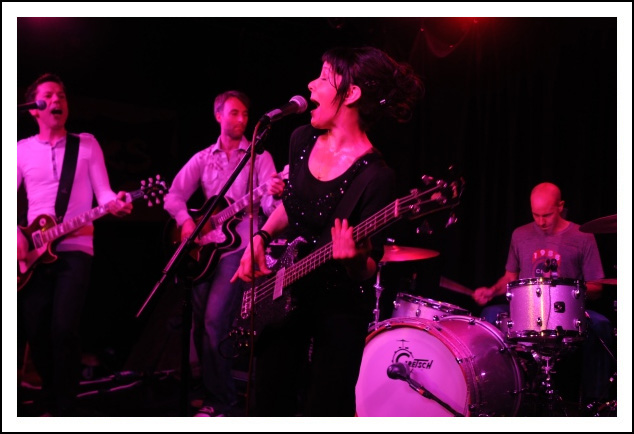 (Photos from Reunion Show at Dingwalls, 2009) 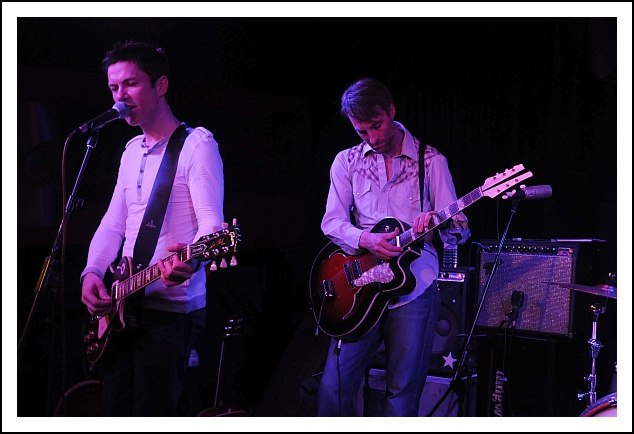 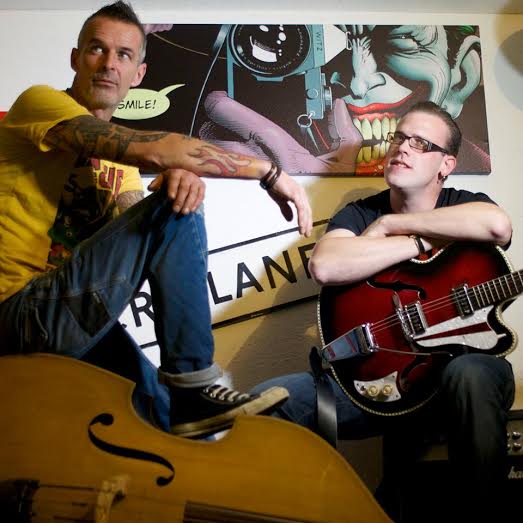 I first heard about Jon Free from a good friend of mine (Slim Lightfoot) who had commissioned a Tin-Tone guitar for himself. Although Initially interested in the Tin-Tones, I then saw his work with archtop restoration. I took a late '50s Framus (Fasan) to his workshop. I wanted to make it more versatile to gig regularly. The original pickup was too muddy and the electrics were very crackly. Jon talked me through what he could do, and I was hooked. 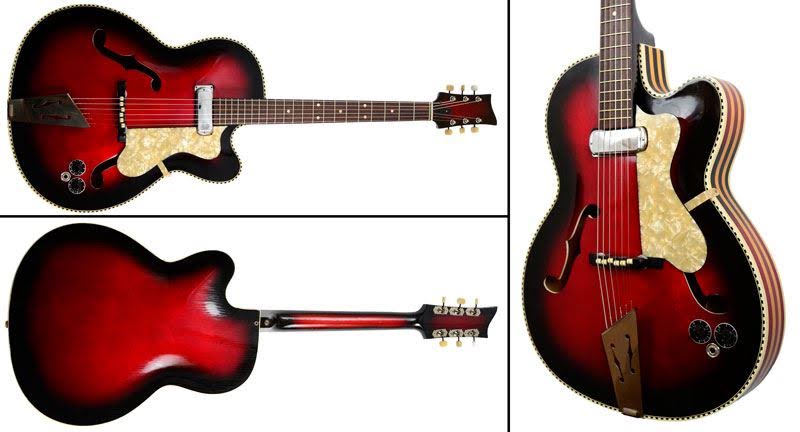 We had the idea to fit some new Pickups. I wanted P90s or DeArmonds; we went for the DeArmonds. I also wanted a custom control plate and pickguard, with a two-tone pearloid theme extending to new decorative veneering forthe headstock. I also needed a tremolo system, so Jon sourced and installed a New Old Stock era-correct vintage vibrato unit. A few months later it was ready for collection. I was in awe! When the lid of the case was opened I saw the beast - Cartoon Moment! The room filled with a golden light and a choir sang in harmony. You know the rest. (See this guitar's page)

What a sound! Twangy in the bridge, mellow in the neck and the best Rockabilly sound in the middle. It turns heads wherever I play it and I always tell folk who made it what it is today. 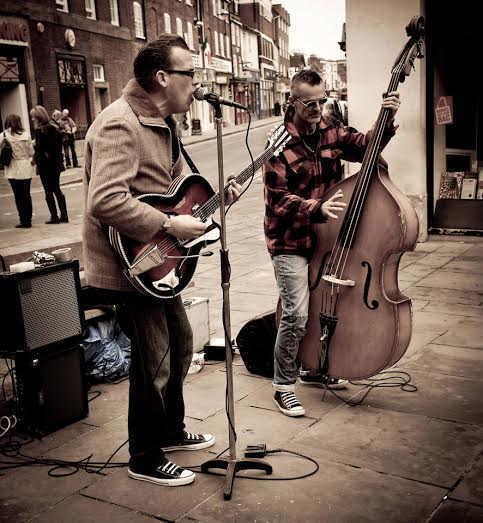 Anyone out there looking to restore an old guitar, this guy comes up trumps hands down. Not only is he a wizard with guitars, he is a genuine chap too. You'd be a fool to consider anyone else!!

"I wanted to tell you I've taken the ESGE out twice at real gigs;
Can I tell you this is the best guitar I've owned? Yes, it is and I'm not kidding. It's just out of this world, I think! 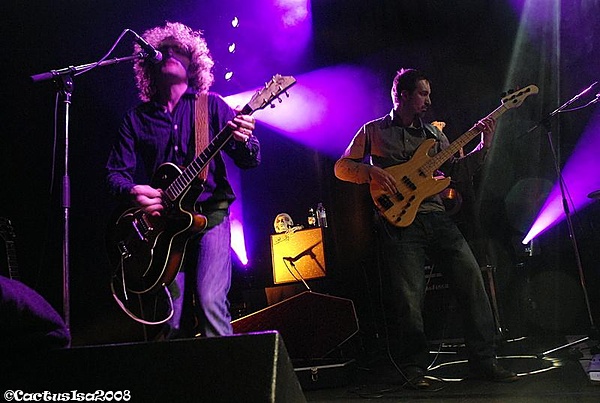 It's terrible in fact, because it sounds so good, so different, it's difficult to let it go and play another guitar. What am I going to do??? My Gretsch guitars are getting jealous already... The neck is comfortable, it's very easy to play - and the action is low, just as I like. This guitar is VERY powerful, what a sound! It's so loud as an acoustic guitar, and the sound is incredible when plugged in! - The sustain, man, the sustain... 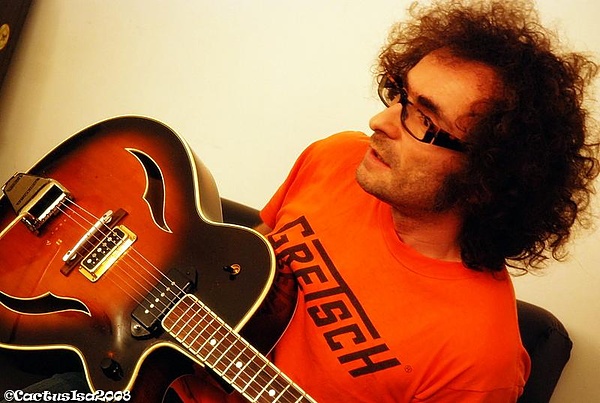 The Dyna sounds just like I hoped it would, twang twang! And the P90 is so warm, isn't it? Very very jazzy. The combination of both is very cool too, lots of bass and all. Anyway, they really sound different, it's a very interesting mix, I'm glad we tried it.

With the switch in middle position (both pickups on), and a tiny bit of overdrive, it sends my VOX AC30 to tone heaven. It
flippin' growls man! And the bass notes I can get when we do our rockabillyesque numbers are incredible. Slap slap! Amazing! 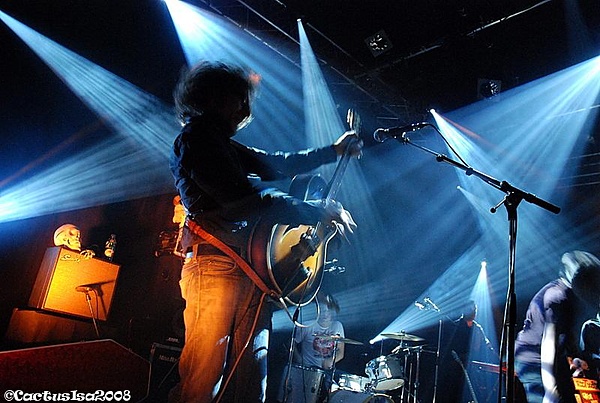 I've tried it with a number of pedals too, but I like the natural sound of the guitar better. It really has a tone I have rarely heard. The natural overdrive I'll get by pushing the amp will be enough I think.  And it's real loud, incredible. I think the PUs are very powerful, but the guitar is so loud even when unplugged that it just adds up to total power, I think. 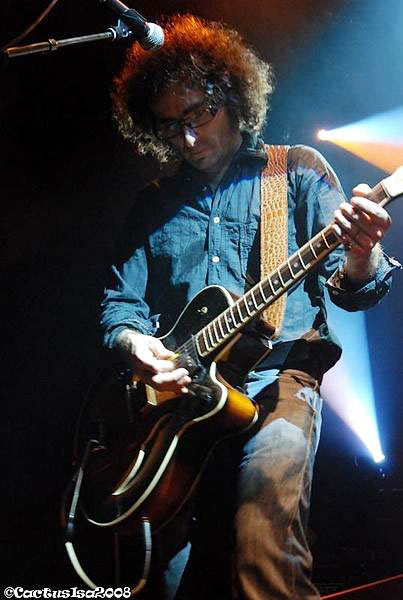 I'm very pleased about your luthier work, the bridge, the nut, the dressed frets, the overall quality of the restoration is AAA+
I love this guitar already! Aand you know, it looks even better in real life. The faded gold headstock and the cool retro-looking vibrato are a lot better than on photos... It was a great experience doing this, I'll recommend it to anyone. It takes a few months but it's very exciting!

Thank you again for making this guitar for me, you've done great, man! It's been a wonderful experience watching you rebuild this guitar. Working with you was like being in your workshop. I've told all my pals to have a look at my new n°1 guitar, they're all shocked! I'm sure I'll send you some new customers! 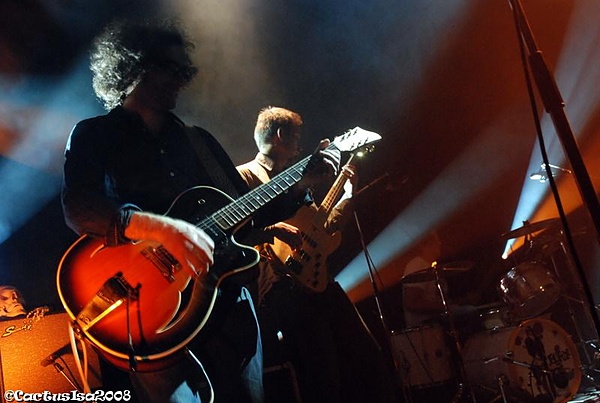 I think I'll get myself another one next year, if you're not too busy! 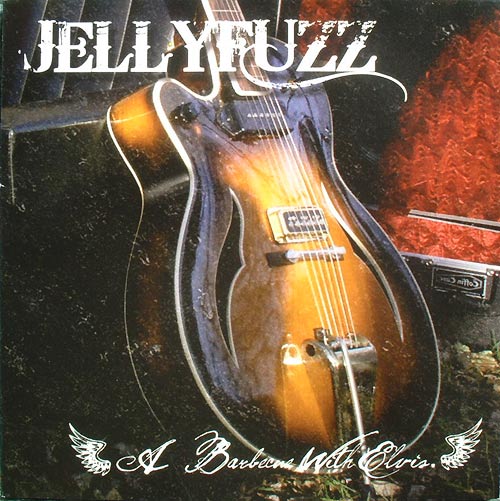 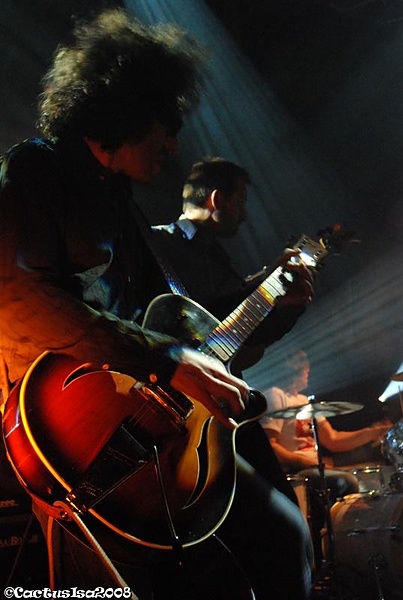 It's a mass murderer, this guitar is. Sounds like nothing I've ever heard, it's the best guitar I've laid my hands on, by far. And every time I'm taking it out of its case, everybody goes "...". Thank you again Jon, you're the best and I mean it! I'll play this guitar and nothing else on our next LP (we're recording the guitars next weekend, can't wait!)!!!

" Wow, I'm so fond of your archtop guitar, I'll buy another one some day!!!! The "Free" Isana is a really great great great guitar!!!!!! So fat and noisy!! Love it so much! I showed the guitar to a few friends, and I must say they were impressed!!! I've tried it on a 15 watt Vox, on a Fender Blues junior, and on my Fender Vibro Champ, and WOW, what a sound! It's really powerful and rough (and it allows good feedback control)! I'm having so much fun playing with it! And I'm a little obsessed too... I can't help holding it and looking at it... It's the first time I'm so satisfied with a guitar sound! I've also tried it on my Fender DeVille.. Great sound too!!! I L-O-V-E it!

The Isana makes quite an impression every time I use it in gigs! Last Saturday, I got a call from a French man, who saw a picture of me and
the Isana in a local newspaper (we played a few dates in France that week). He wanted to know everything about it; when it was built, where i bought it. I gave him Black Guitars' website address.

I showed the Isana to the folks working in a local guitar shop. They gave it a 9/10 !!! I don't know why they gave only a 9/10 for the guitar! Maybe they're jealous (the Isana was the best guitar in their store that day, I'm telling you!)... As a matter of fact, I haven't seen anybody who didn't like it! I'm absolutely fond of it! You did a great job Jon!"

I took it down to the rehearsal room and kranked it up:  Fantastic! Amazing!

The tone-blend works a treat; with the distortion of the amp, it's a joy! Loads of sustain, and at times you have a bit of a fight on your hands to contain it all! Very happy with the finish; in the sunlight it's like you can see the old blue sparkle under the black! The gold fittings and white pearloid add to the charm. The 'reverse' pickguard was a good choice, following the lines of the trapeze tailpiece, and cut of the headstock!

If  you fancy doing the same to an archtop bass let me know...