First advertised in April 1959, the Dallas Tuxedo was amongst the earliest British guitars to be mass-produced. 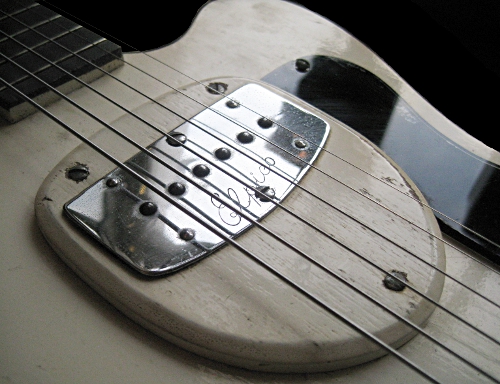 Designed by Dick Sadleir, with woodwork by Stuart Darkins (provider of early Vox Guitars' woodwork), this early example may even predate that advertisement, since it is fitted with an Elpico Pickup mounted on wooden plinth (more commonly, later examples were fitted with electrics supplied by Harry Weill)