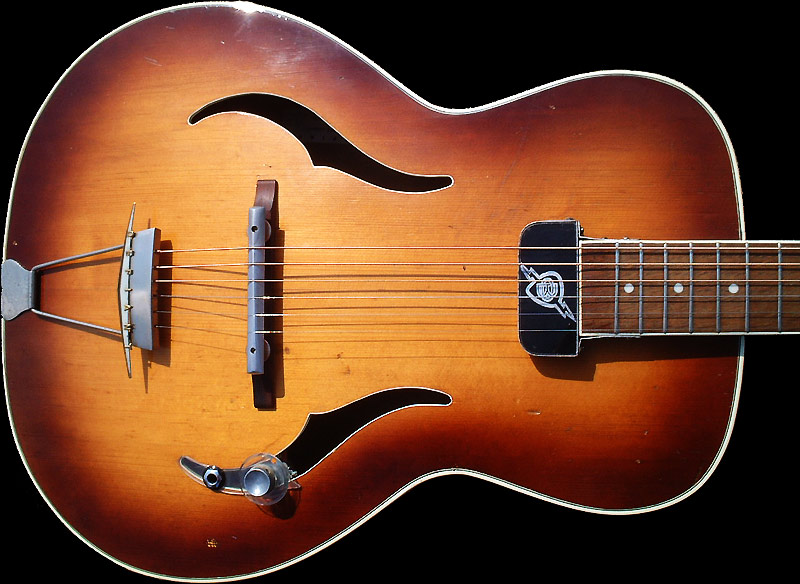 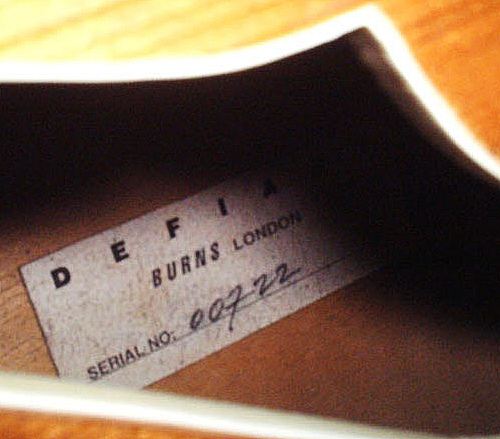 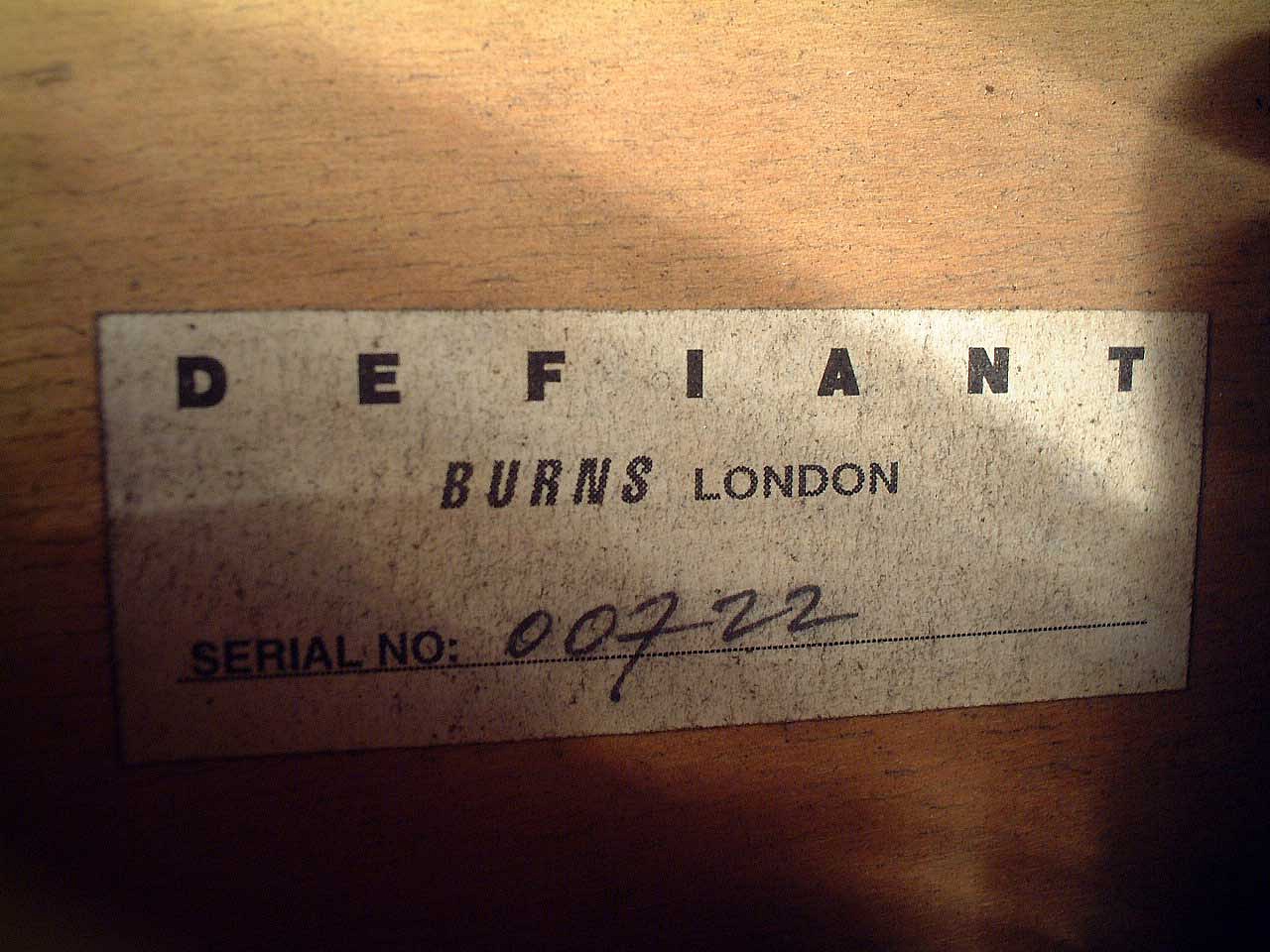 This interesting guitar appears to be an older MELODIJA Acoustic Cello-Guitar re-branded as a BURNS 'Defiant'.

Originally made in 1954 in Menges (Slovenia), ut has a stamped headstock serial number of "46", and features a carved solid top. 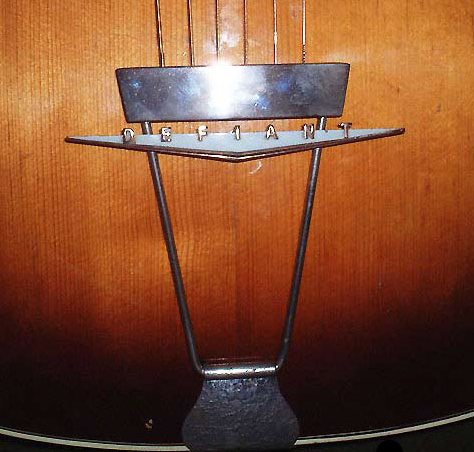 Brass 'DEFIANT' name-badge with grey detailing welded onto the tailpiece. This badge appears to have been taken from a 'DEFIANT MP2' Record Player sold through the Co-Operative Stores in the UK in the early 1960s: 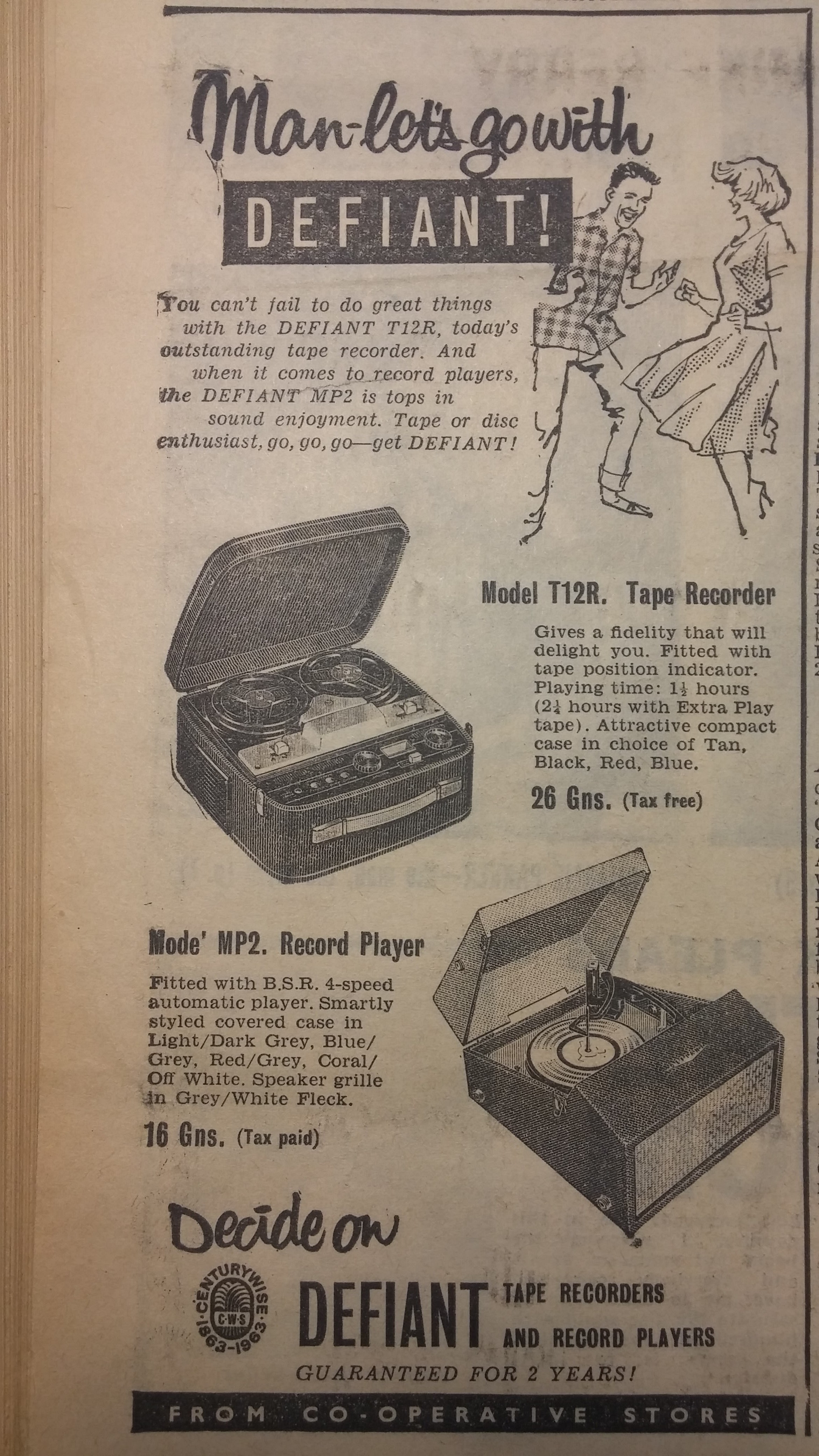 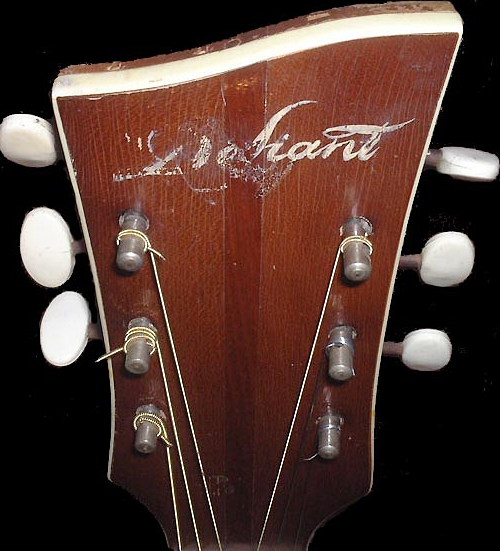 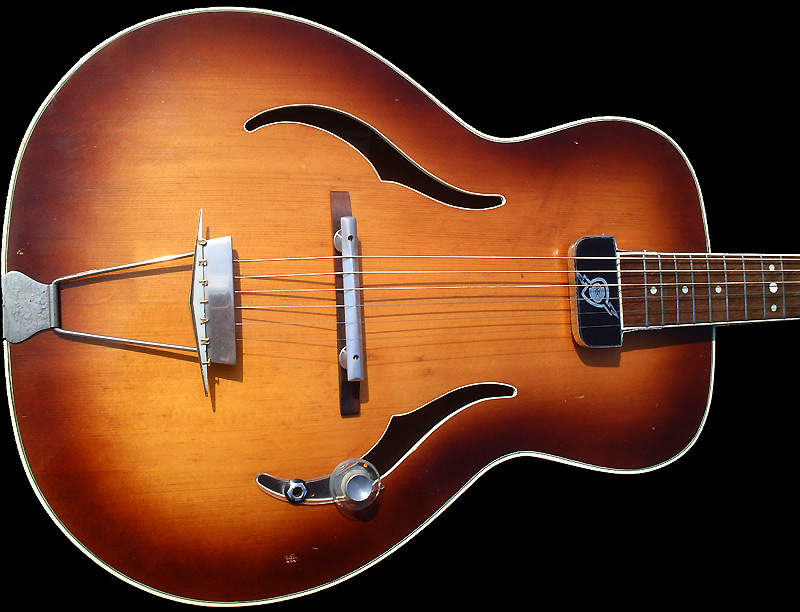 Regarding the Burns Archtop - I have seen a couple of these over the years. The music trade shows, especially Frankfurt etc.. were a real hunting ground for wheeler/dealers in the mid-late 50's. It wasn't unusual for dealers to go over and buy up small amounts of guitars etc... bring them home and re-brand them as their own. Everybody was doing it - much like it happens in China today. Jim Burns was no exception - and he obviously acquired a number of these units, probably quite cheaply - and then tarted them up with pickups, badges etc... (I think the Defiant logo was actually off a fridge or something similar). The pickups were normally Relogg's or Fuma's - with a different cover added. Like most Burns serial numbers - they were complete fantasy  - I doubt if there were ever more than 20 of these modified - probably a lot less. An interesting snapshot in time though - Burns was a sucker for buying things cheaply and re-using them (such as the TV cabinet amplifier boxes). I'd love to know how much he paid for them......... Cheers, Ade

This guitar was not made in my time (at Burns). I know there were some queer ones when I started; acoustics with no heels, (whose) scratchplates were very plain, but it all changed to production models. Nice to hear from you any time I can help give me a shout. Norm

I first met Jim Burns when he was introduced to me 1969 by Ivor Arbiter as a consultant for the Dallas-Arbiter company, and learned from having conversations with him (Ivor), Jim, and the people working around him that they had been experimenting with Acoustic Prototypes but never in any great volume and only at a prototype level, and never went into production with them. Jim, like many other companies in the sixties, was taking delivery of guitars in batches from Europe and re-labelling them.  Your particular model certainly has the look of a European vintage, probably Western Germany as you suggested. The need to mark any imports with the country of origin was not enforced in those days.  The name DEFIANT certainly rings a bell in my memory of being a Vox Amp but I could not find any reference to it in my old leaflets. I hope you find the information of interest. Best Regards, Bob

If anyone has any further information or opinions about this guitar, please email info@blackguitars.com!