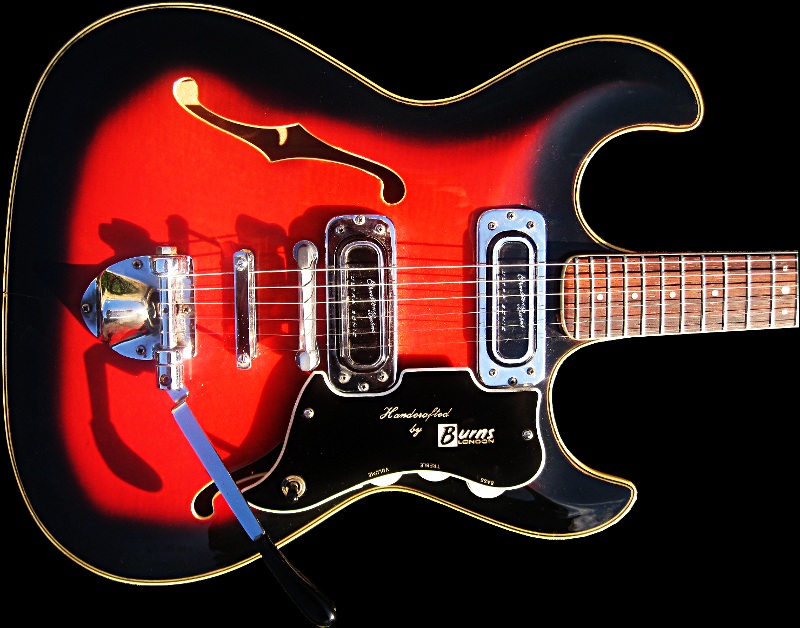 This was the first production guitar worldwide to boast onboard battery-powered active volume-boost circuitry. 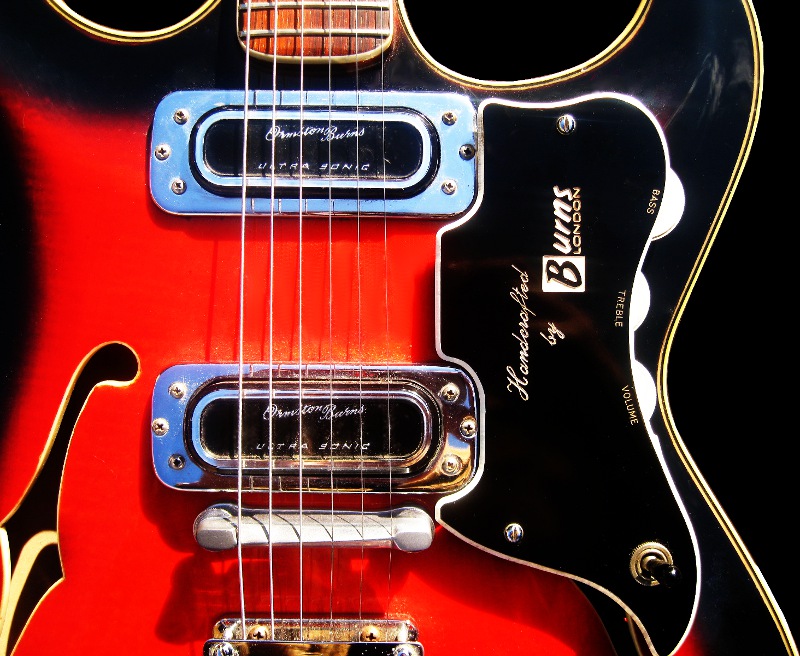 Widely-considered a 'Semi-Acoustic', this is actually a Semi-Solid Guitar, with solid (not pressed laminate) carved top and back on a routed solid central frame: 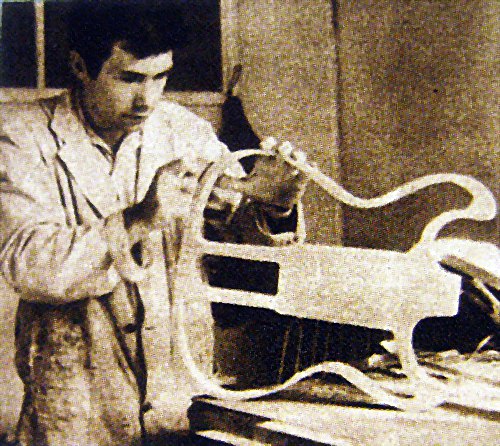 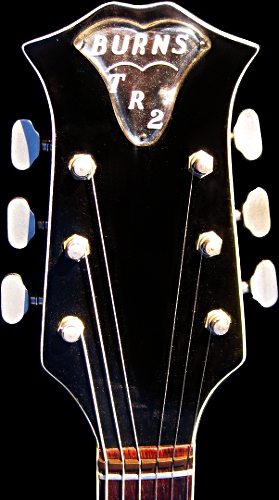 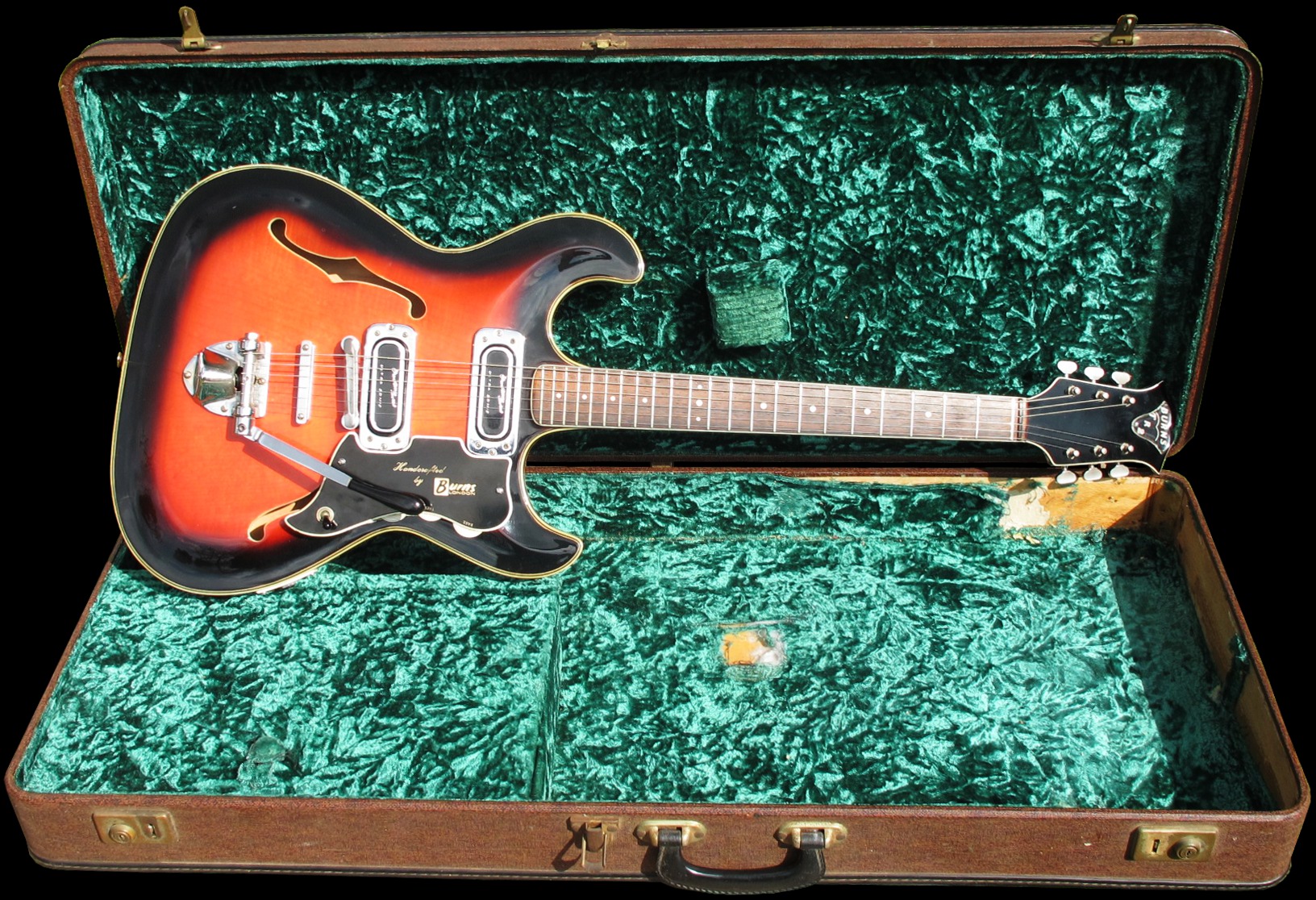 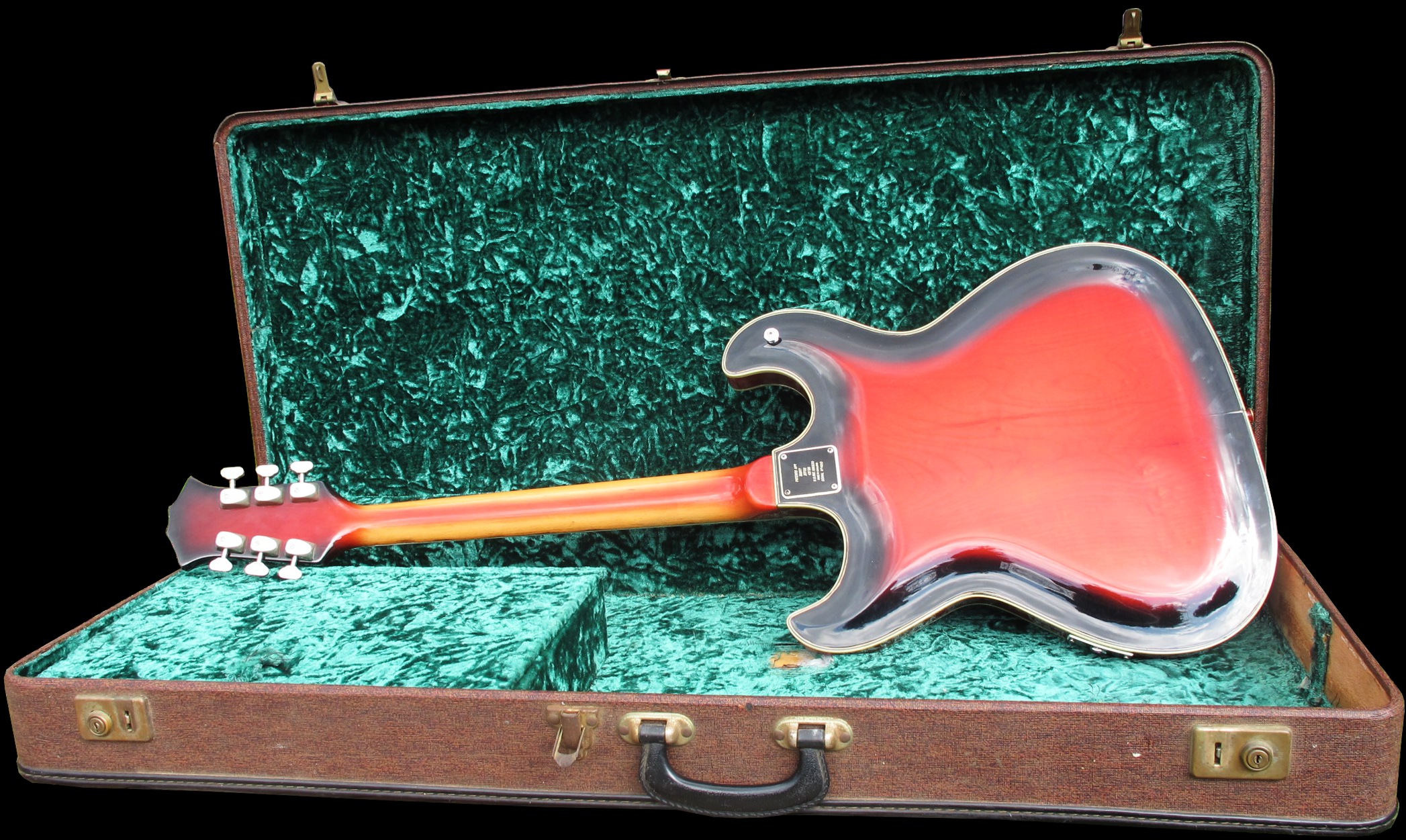 Here is a link to a Schematic Circuit Diagram 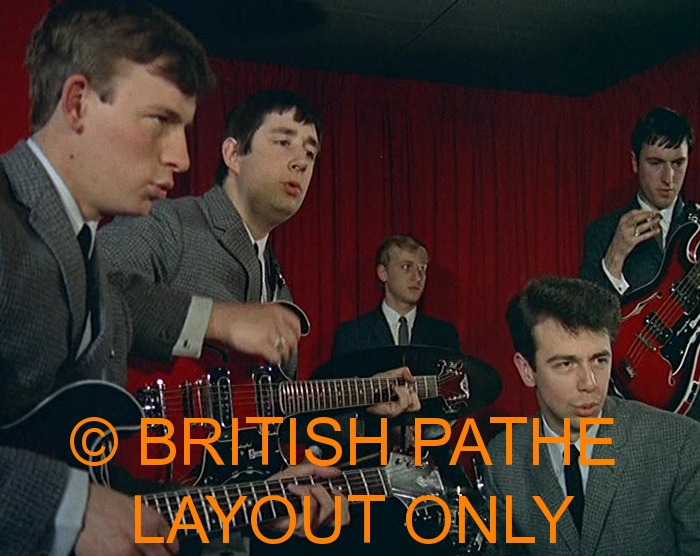 Hmm .. simple circuit ... passive tone controls following a flat response preamp. The loading on the pickups is pretty strong, and the bridge pickup has built in simple treble boost permanently by the look of it. Are both pickups giving low output? Or does it change when you operate the selector switch? Could easily convert that to a low noise silicon npn circuit with no difference to the tonality.

R10 is the loading - it allows the bridge pickup treble boost in conjunction with the tiny series capacitor on the pickup .. however, as it says on the diagram - you could get more volume - like times two - if you took that resistor up to about 100K ... it's only there to stop clicks when operating the selector switch I think.

If C5 fails, then the gain will drop dramatically.

The time constant of a 1nF capacitor into a 4k7 load resistor seems a bit harsh.

Also - the output impedance of the tone circuit is really high at 500K ... a tranny amp may load that too much whereas a Twin reverb has about a 1Meg input load - so no problem

OK .. pickup are coils .. their power to deliver energy changes with frequency as they have something called inductance. This means that they can sound muffled if you put a resistor across their output. Classic example is the humbucking Gibson pickups have lots more windings in their coil .. so they are louder - but also less trebly than say a Strat or a Burns pickup. However - this is all due to the loading (the resistance they feed into). The coil DC resistance of a Burns pickup may be 7K .. but when it is making a signal - the 'impedance' of that coil ... the effective resistance at a high frequency .... can be as much as ten times their DC resistance at normal mid tones ... even 100 times at the extended high trebles. So if you put a small resistor across the output ... like the original 4k7 in the TR2 .. it will cut the volume and clarity. They put a series 1 nF capacitor on the treble pickup to try and compensate, and give it a bit more treble - but you would lose volume. The mod you did - stopped it losing as much volume .. but the real loading factor is from the two transistor resistors in the circuit ... which are in parallel as far as the load effect goes, with the gain of the circuit affecting that as well. All a bit complex.