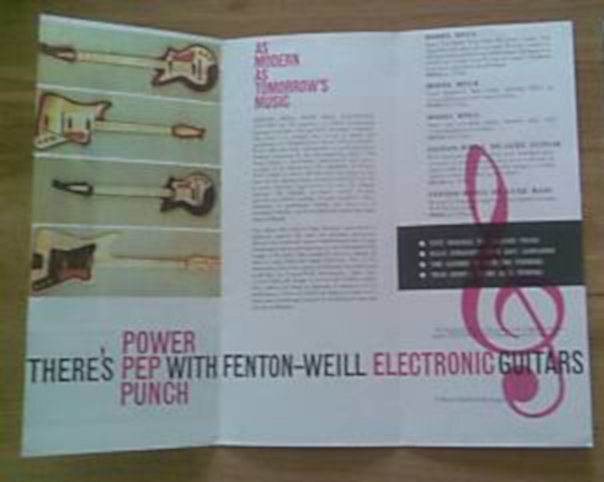 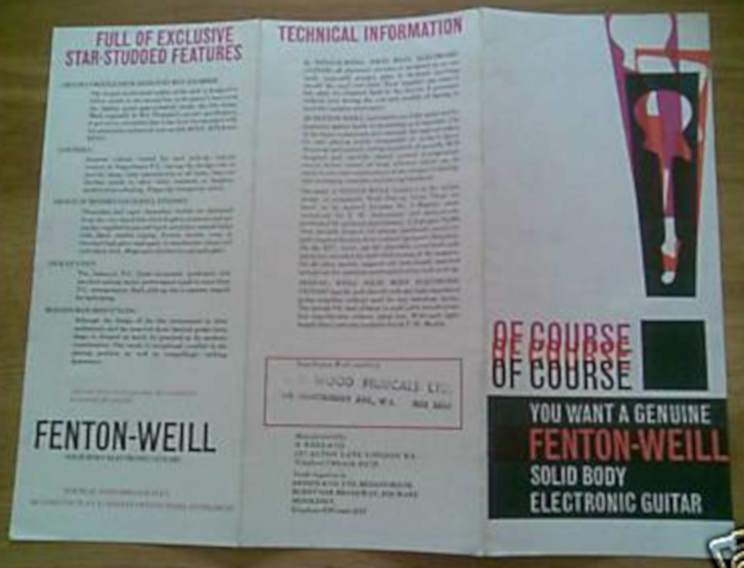 Besson advert from around 1961 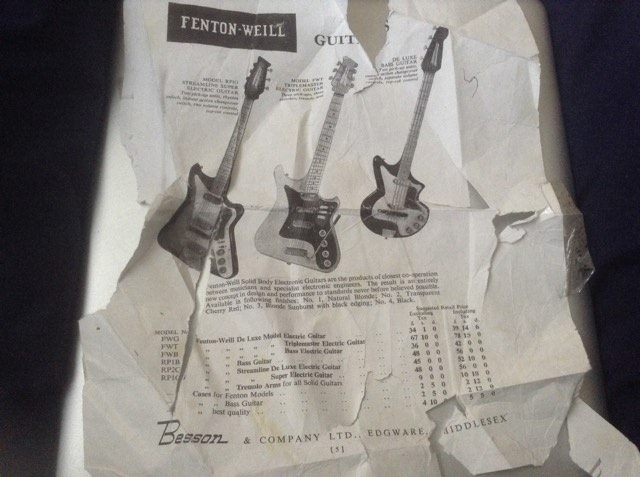 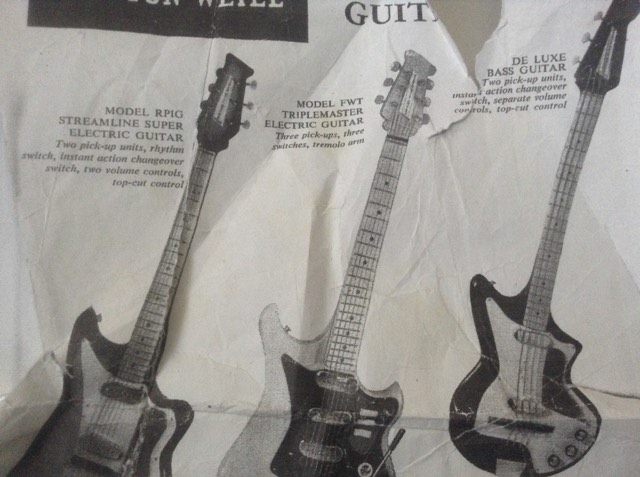 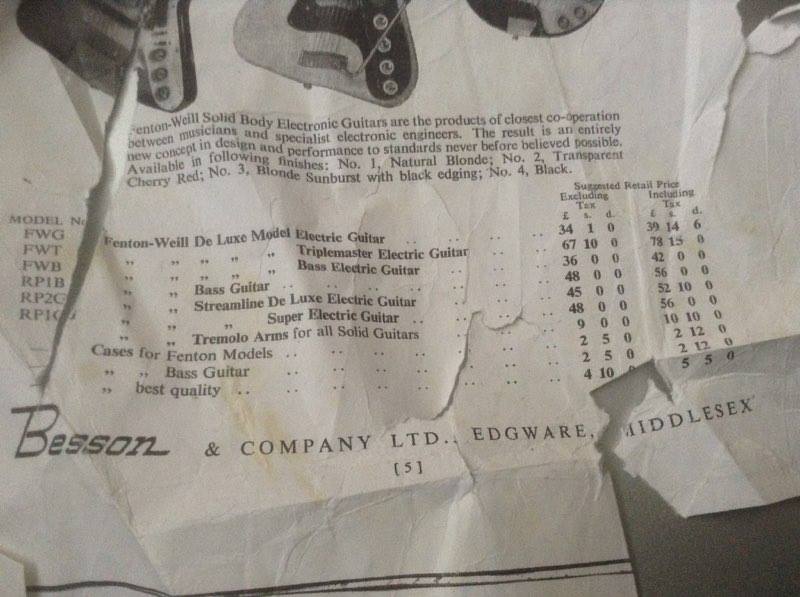 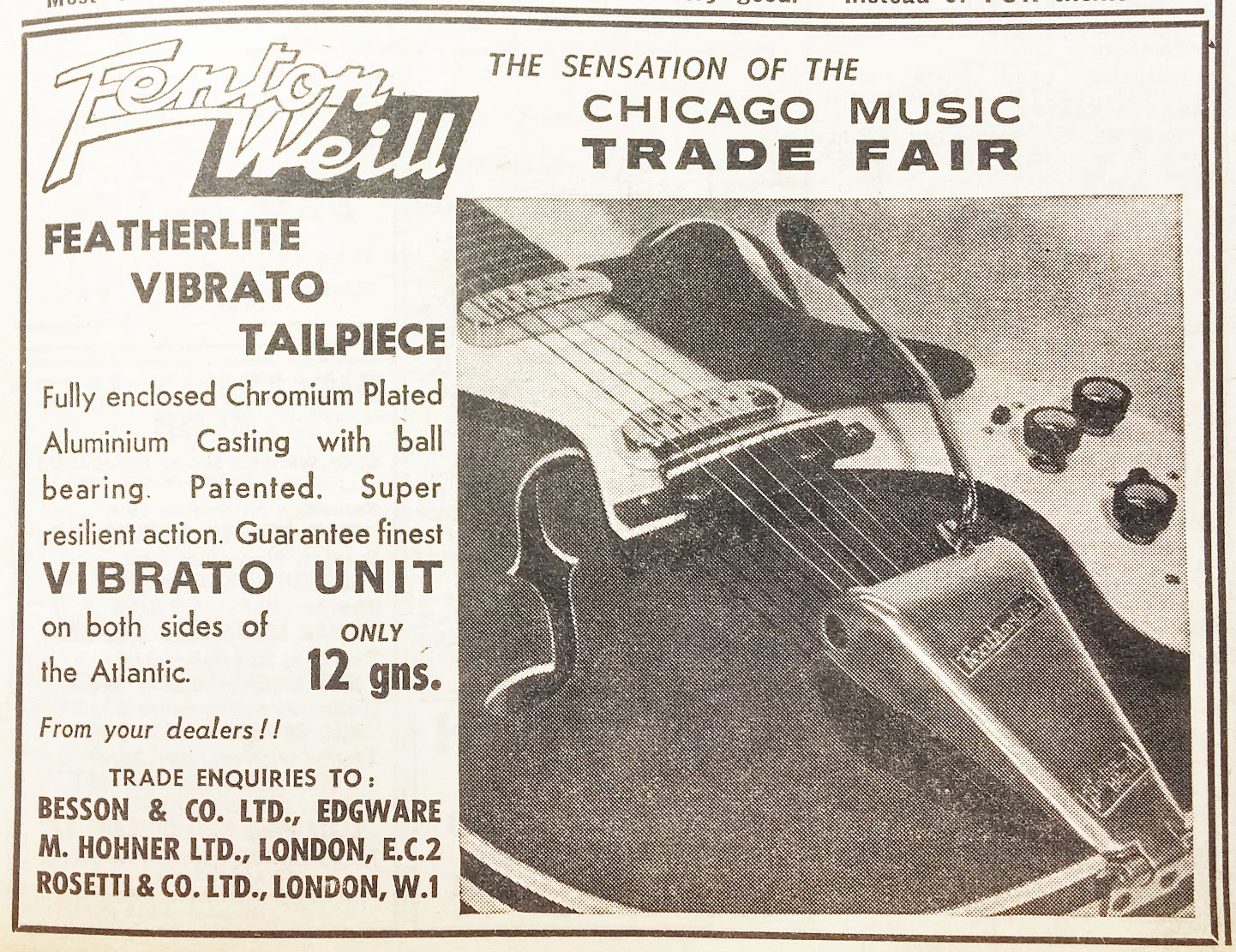 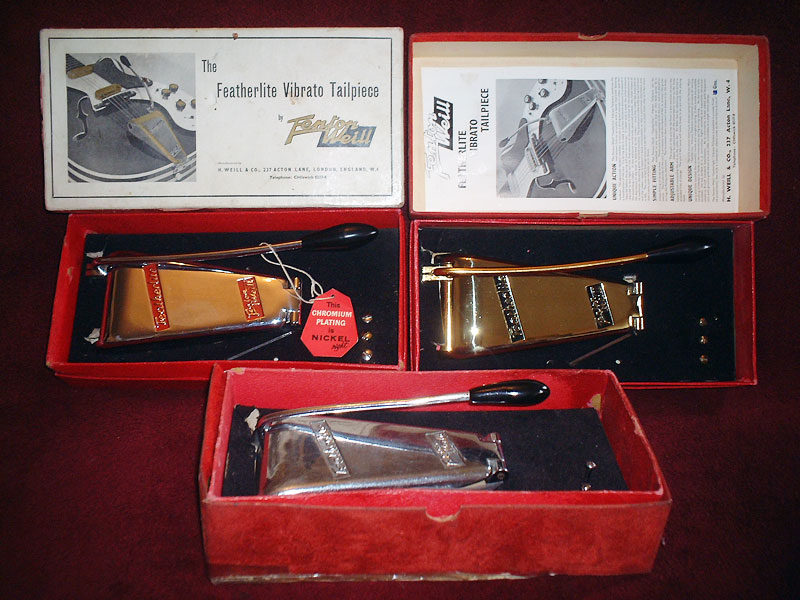 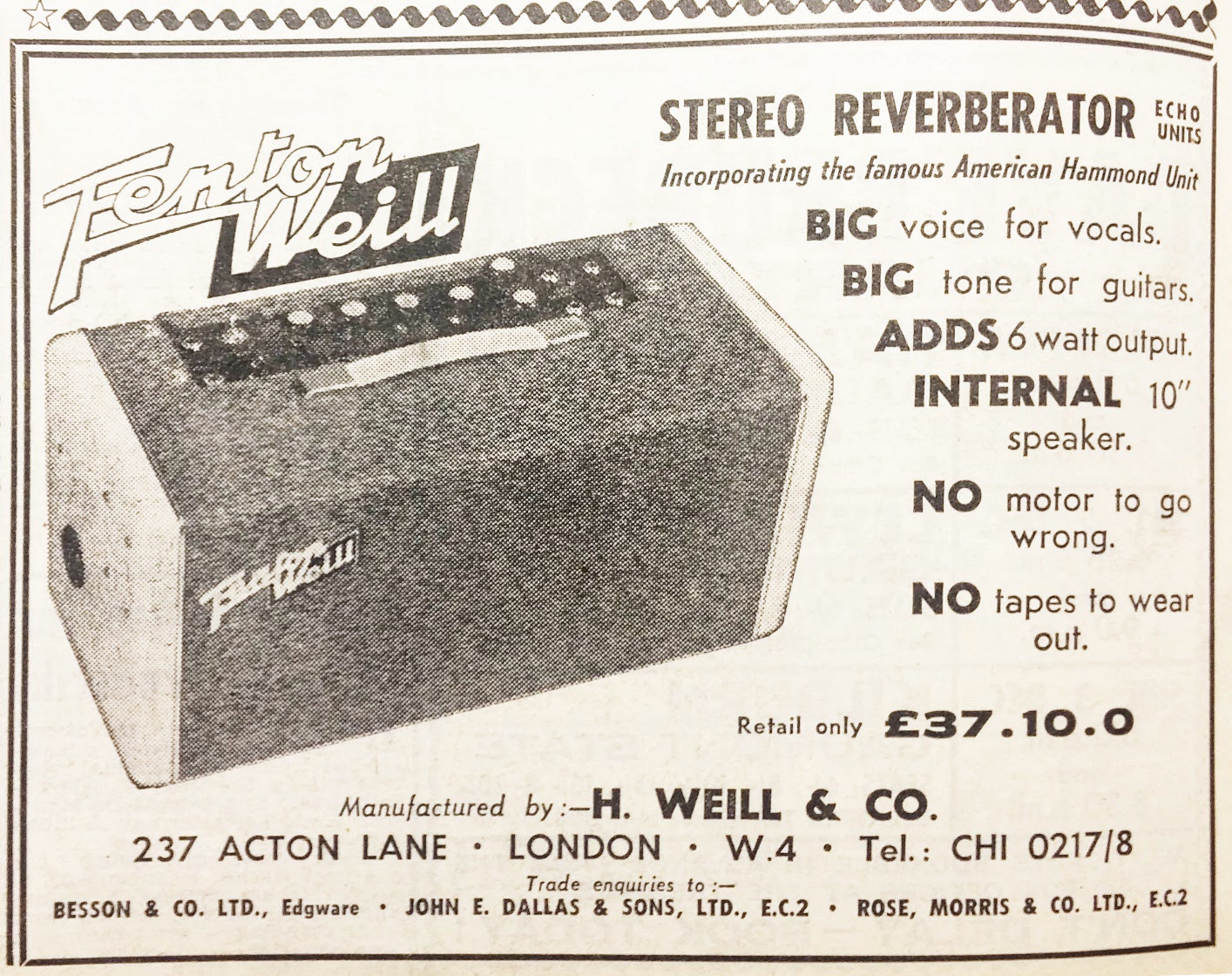 PAUL DAY comments: The Fenton-Weill 'Stereo Reverberator' was introduced during 1959, as confirmed by this example's early livery. The company proudly boasted about being the first in the UK to recognise the possibility of using the Hammond spring reverb device with guitar amplification. It was also claimed to be the first ECHO unit not to employ motors or tapes, but of course this sort of hype conveniently confused the two effects. The addition of an internal amp and speaker gave it 'Stereo' status, at least according to more Fenton-Weill marketing spiel, but in reality the little elliptical driver distorted like crazy and the amp's meagre wattage made it a poor match with any halfway decent combo of the time. The guy on that website seems to think it sounds wonderful, but I really must disagree. I used one of these horrors when it was brand-new and it proved to be absolute rubbish! Of course, these days any device that distorts is held in high regard, but back then this was the very thing we were all trying to eradicate!

I believe the guitars and amps were all shown in a single catalogue, the 1962 edition with the Hoffnung cartoon on the cover, if memory serves me right. By then the impressively titled Stereo Reverberator had indeed received a new combination of two-tone vinyl covering, with dark end panels contrasted by a sandy-coloured centre section. By now the latter also carried a Stereo logo to partner the Fenton-Weill badge and this was the incarnation I had the misfortune of plugging into. I expected to hear what Fenton-Weill's effusive advertising promised, but unfortunately the sonic reality was very different and I was doomed to disappointment by an ensuing distorted din, albeit delivered at a far from useful low level, while the actual reverb effect was also pretty rubbish. I was assured everything was working as it should, likewise my ears, so I promptly abandoned the idea of parting with 35gns for something that sounded so bad! 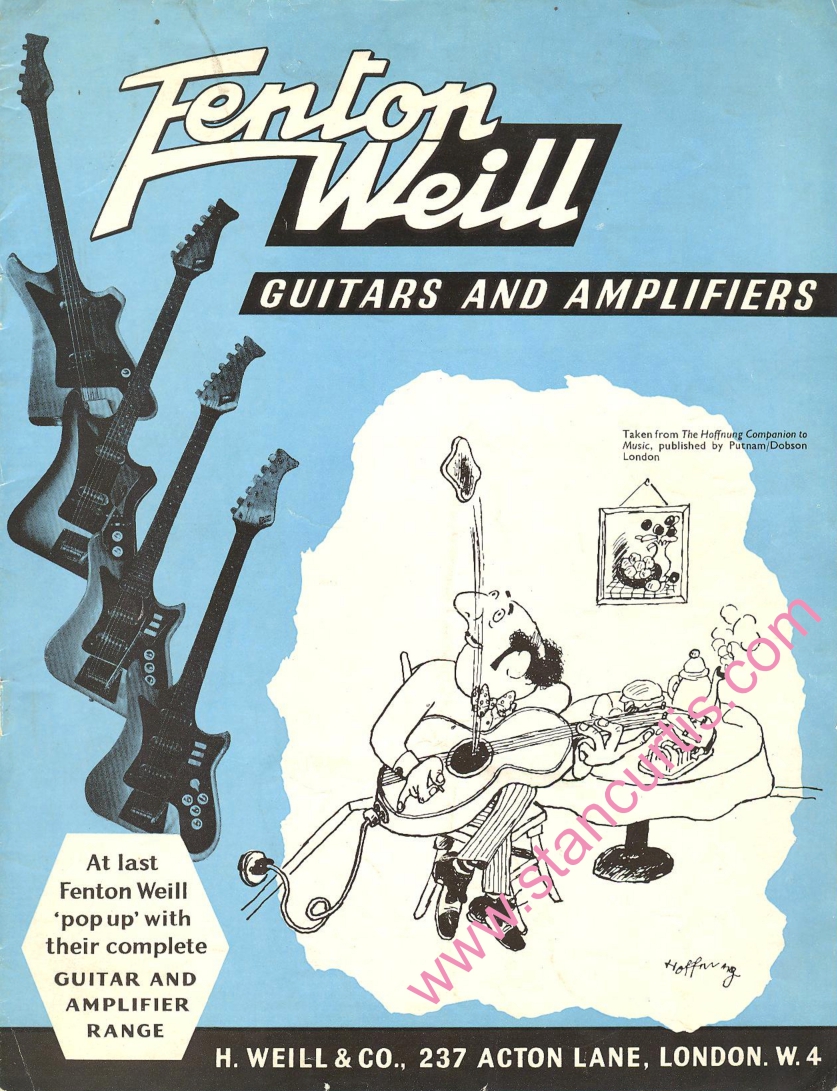 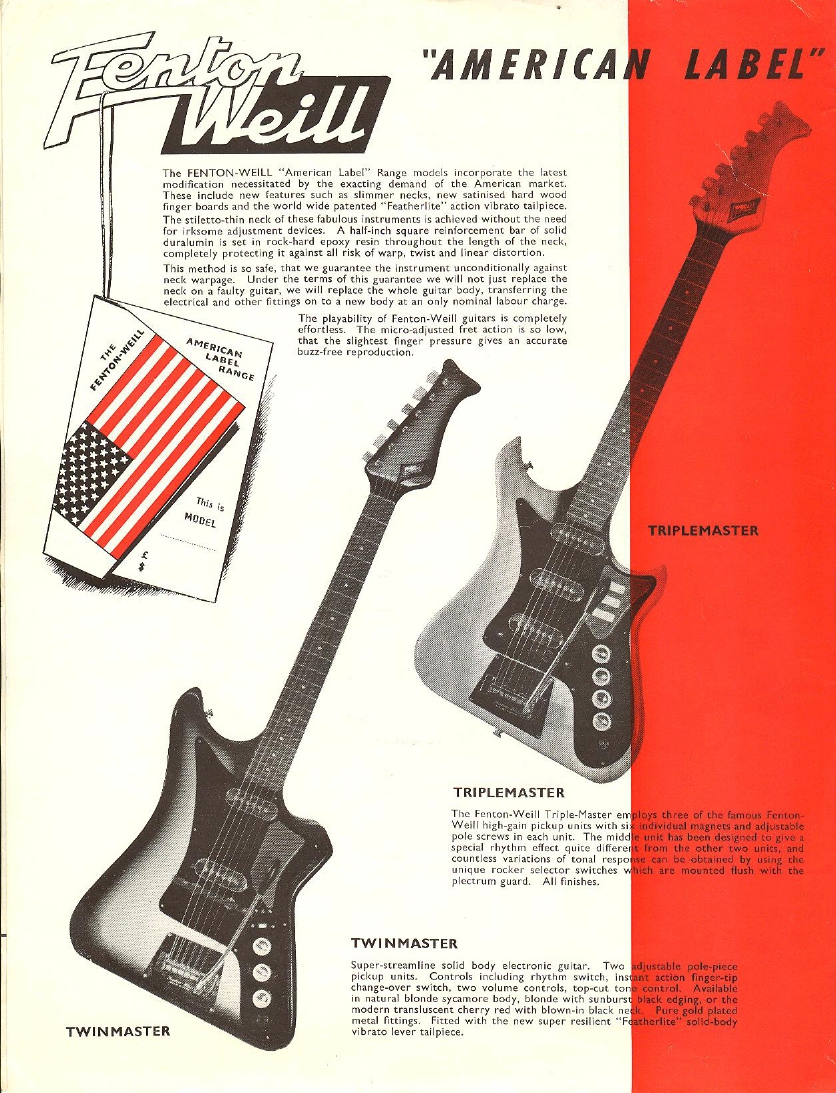 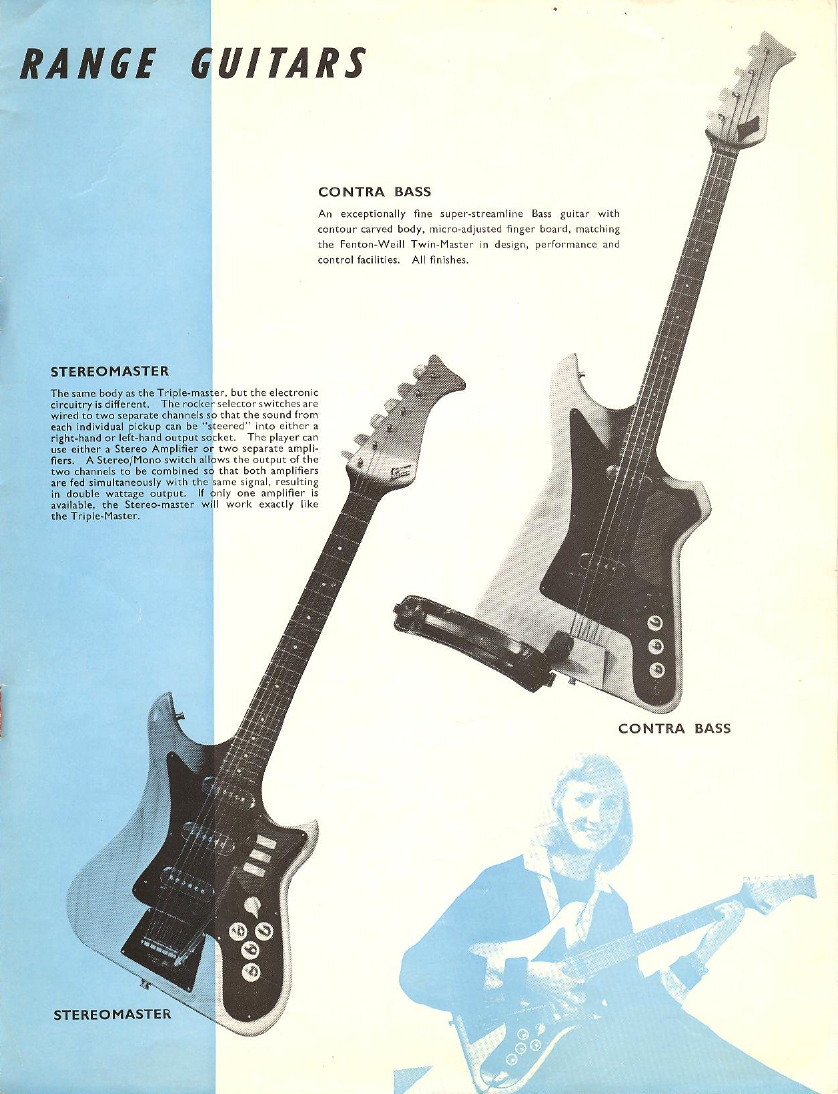 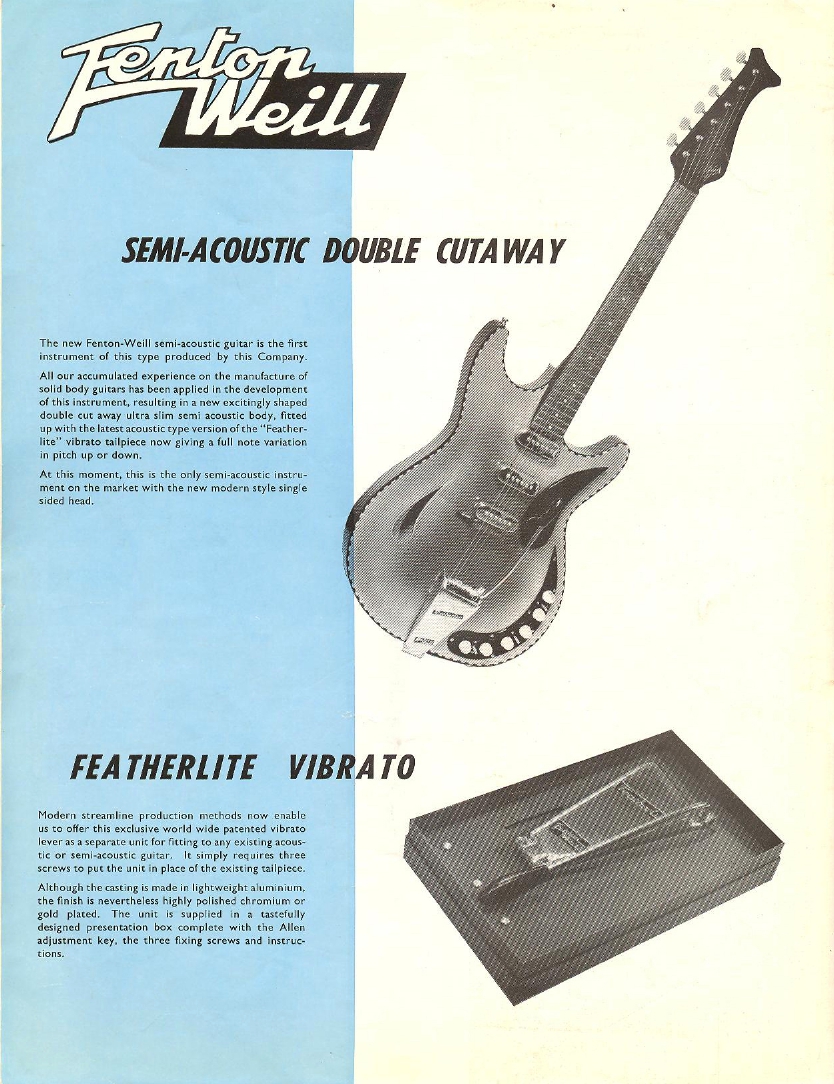 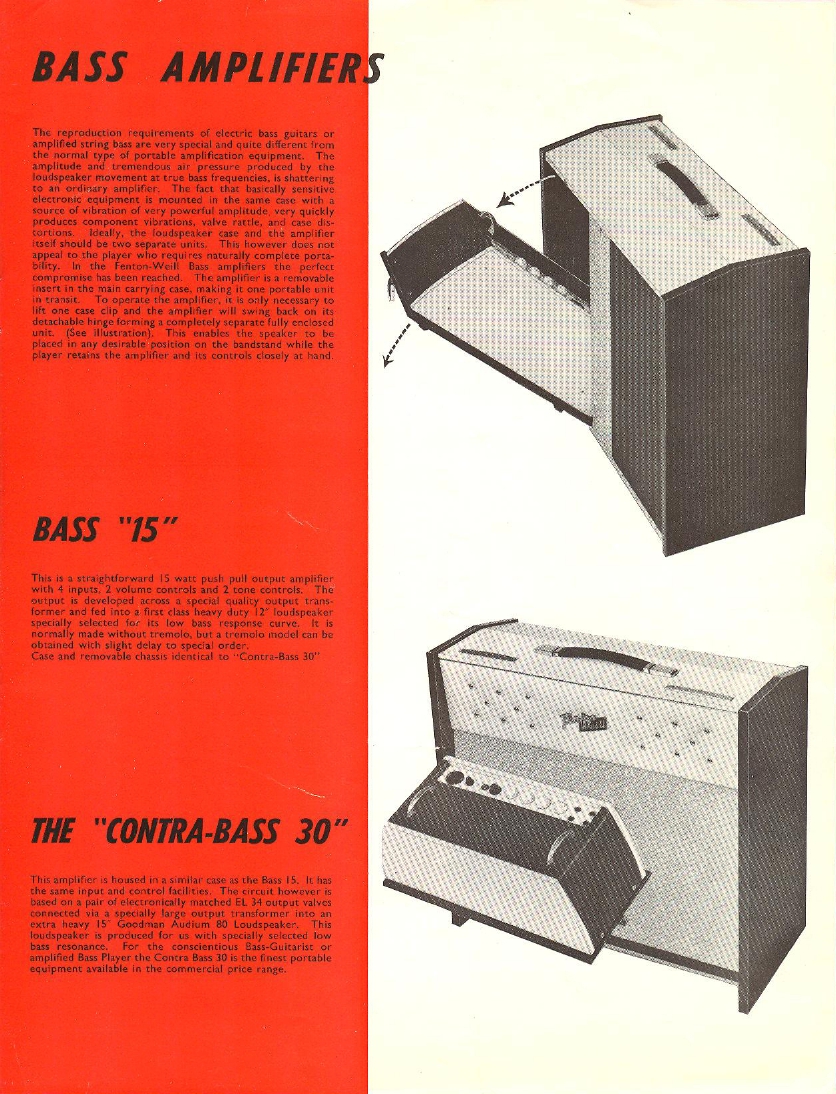 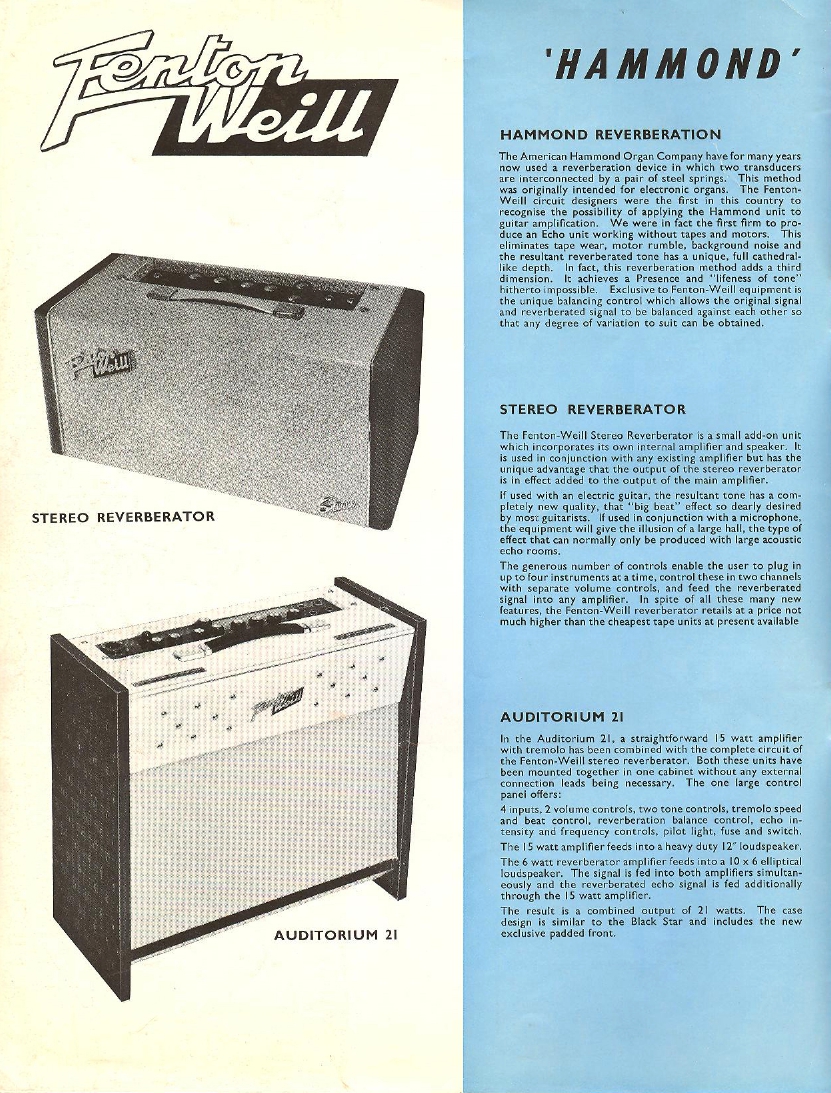 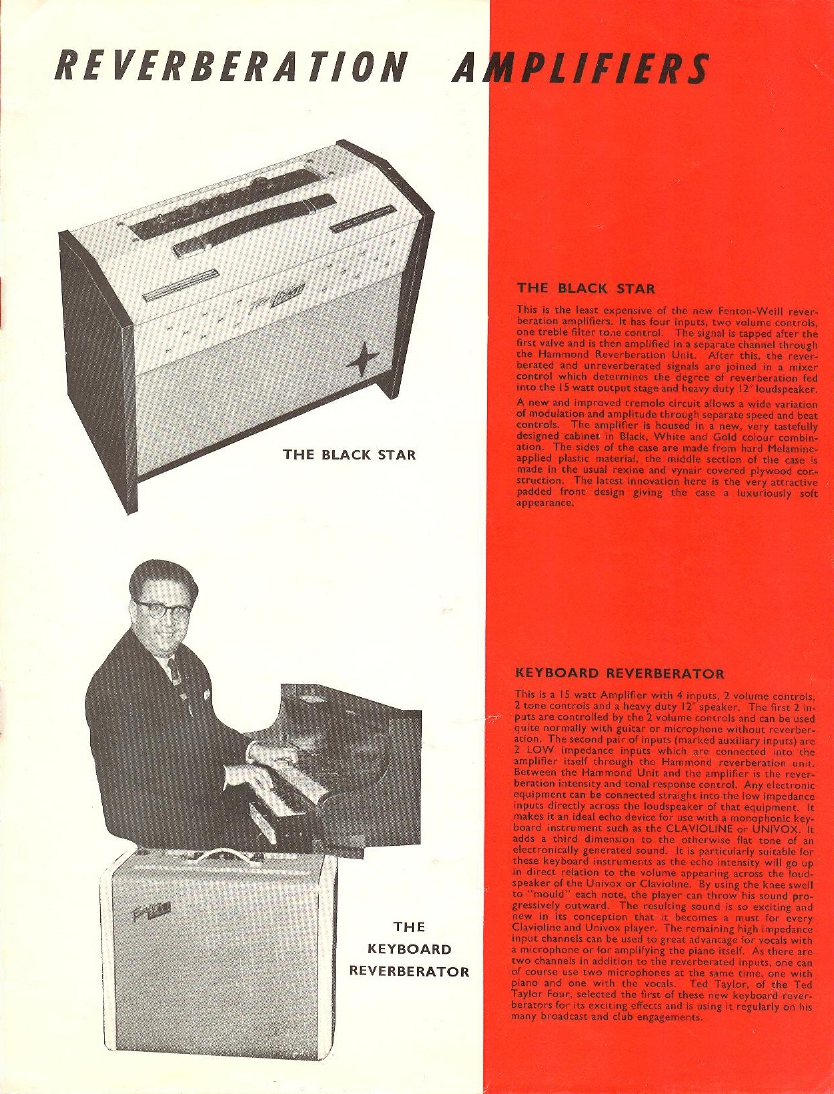 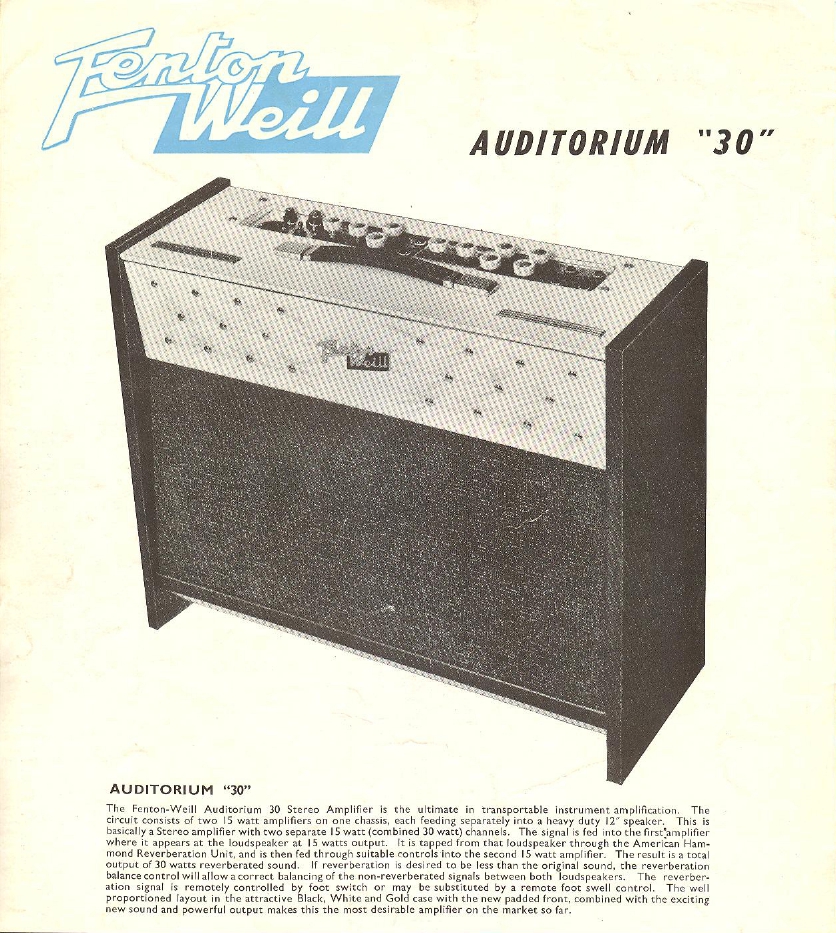 Note regarding the 1962 Catalogue:

There were actually two versions, varying by just one guitar, i.e. the unusual semi-acoustic six-string, which is pictured in very different guises. 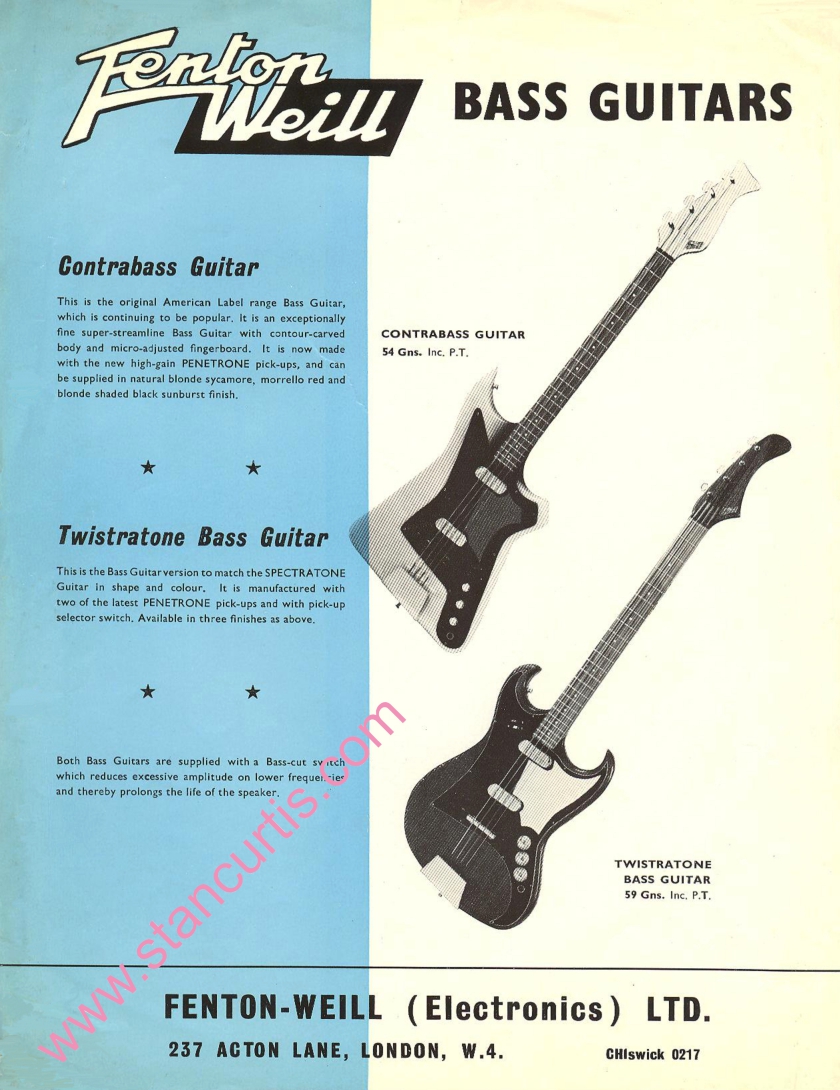 Lifted from scans available at the National Jazz Archive 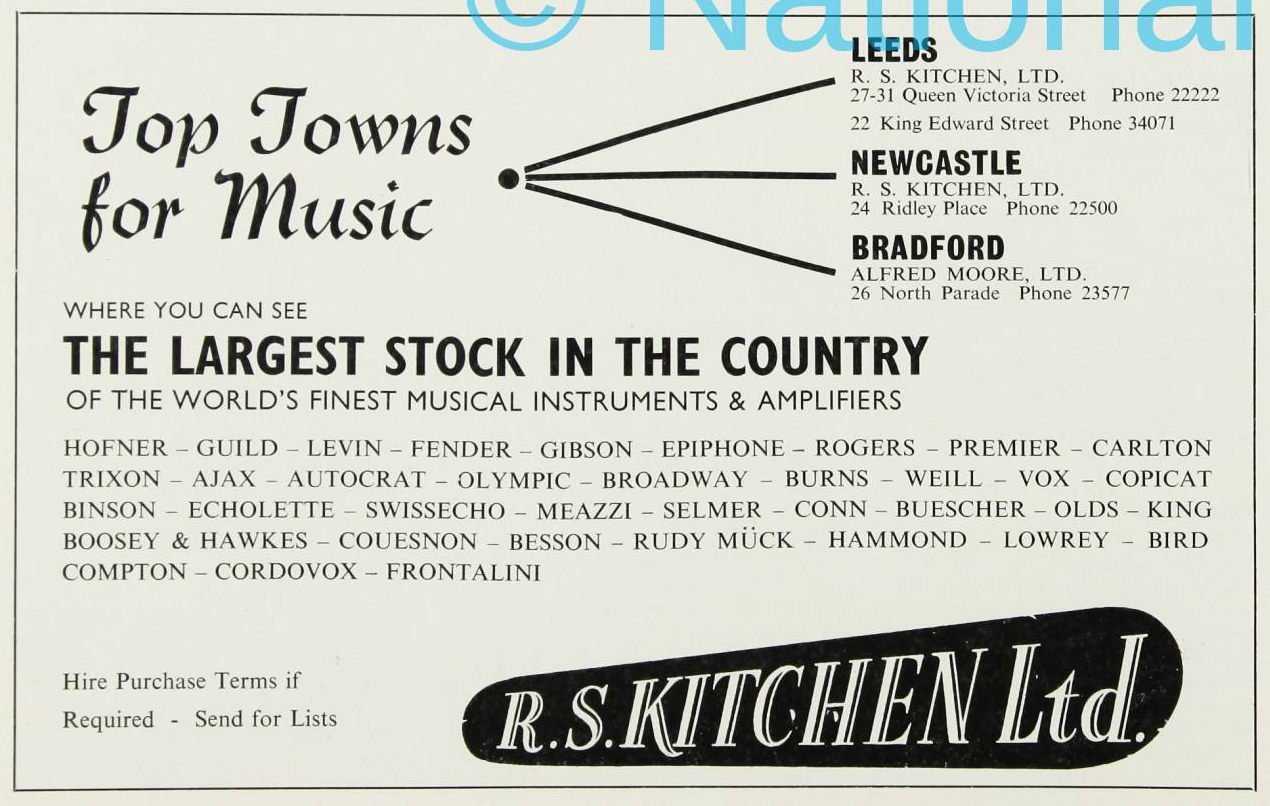 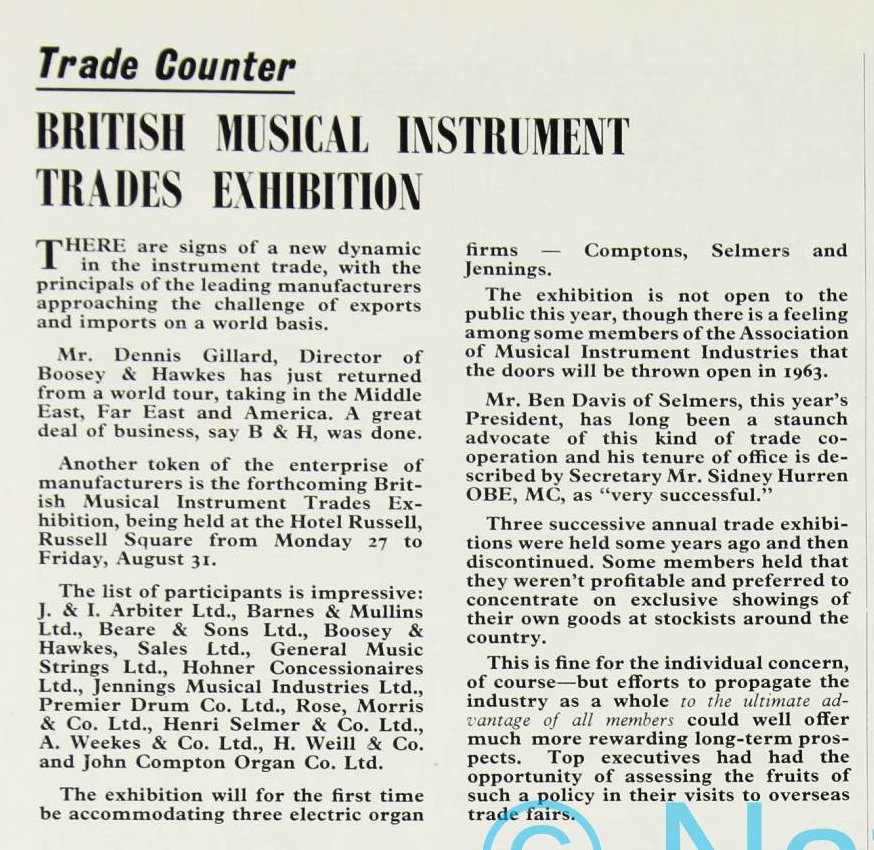 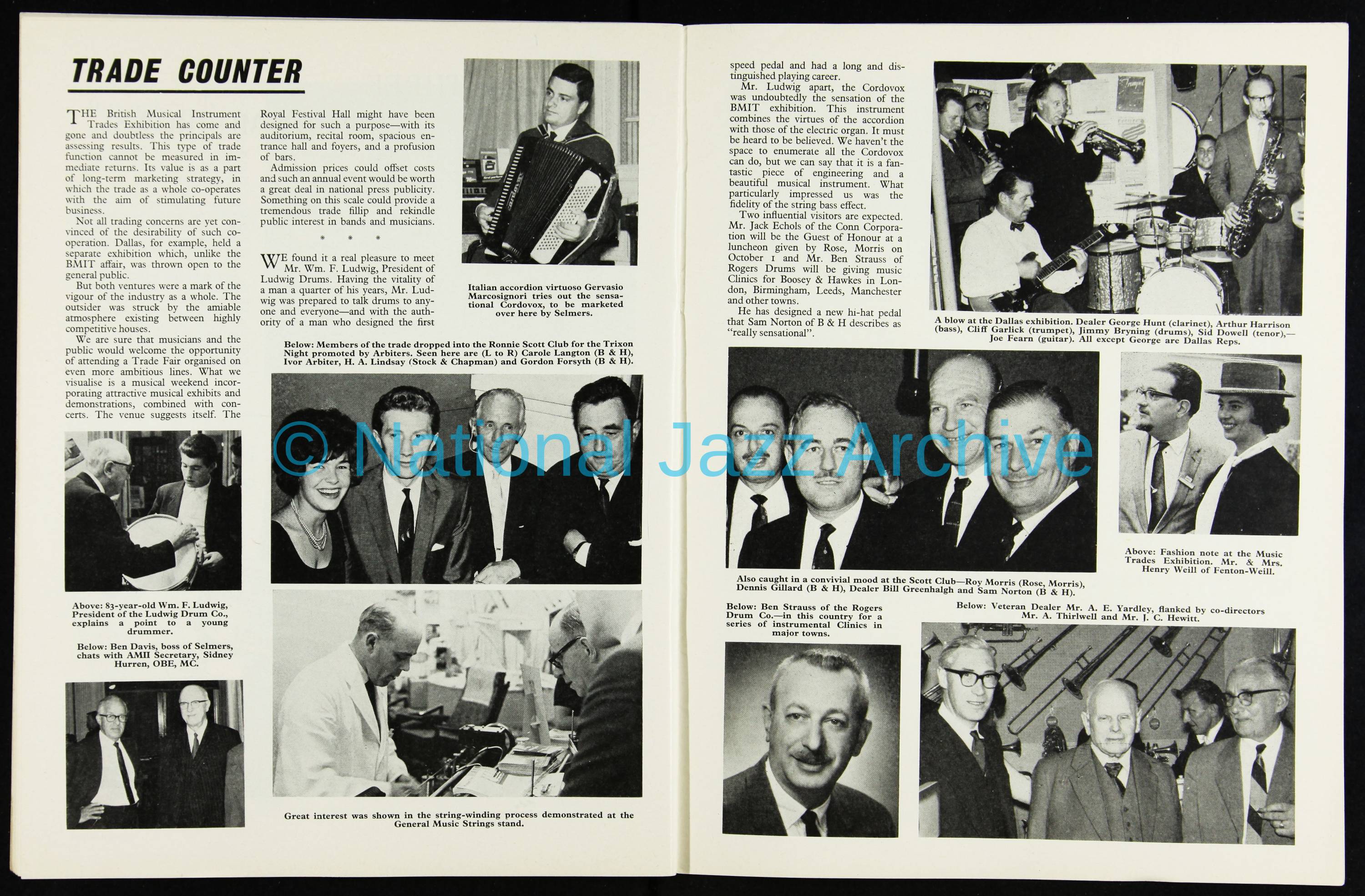 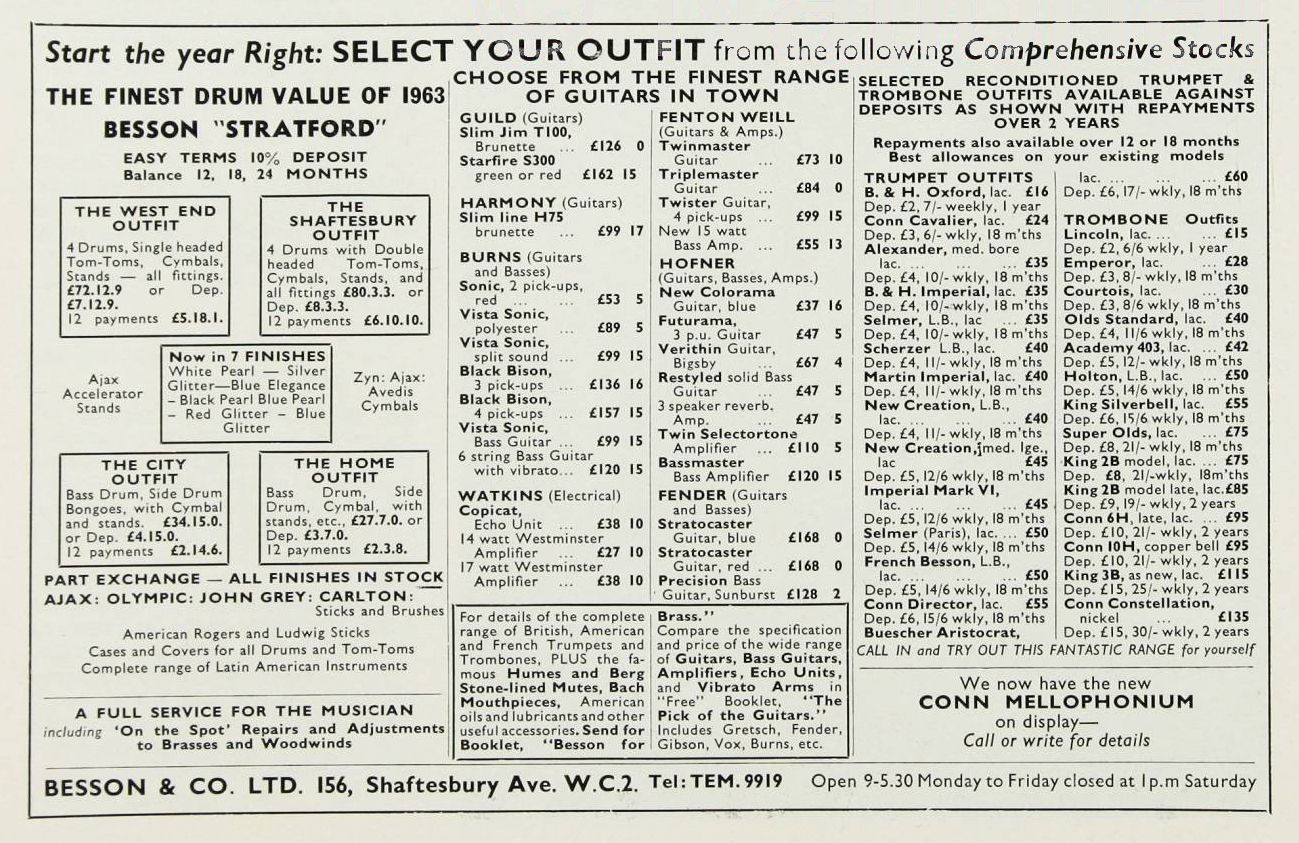 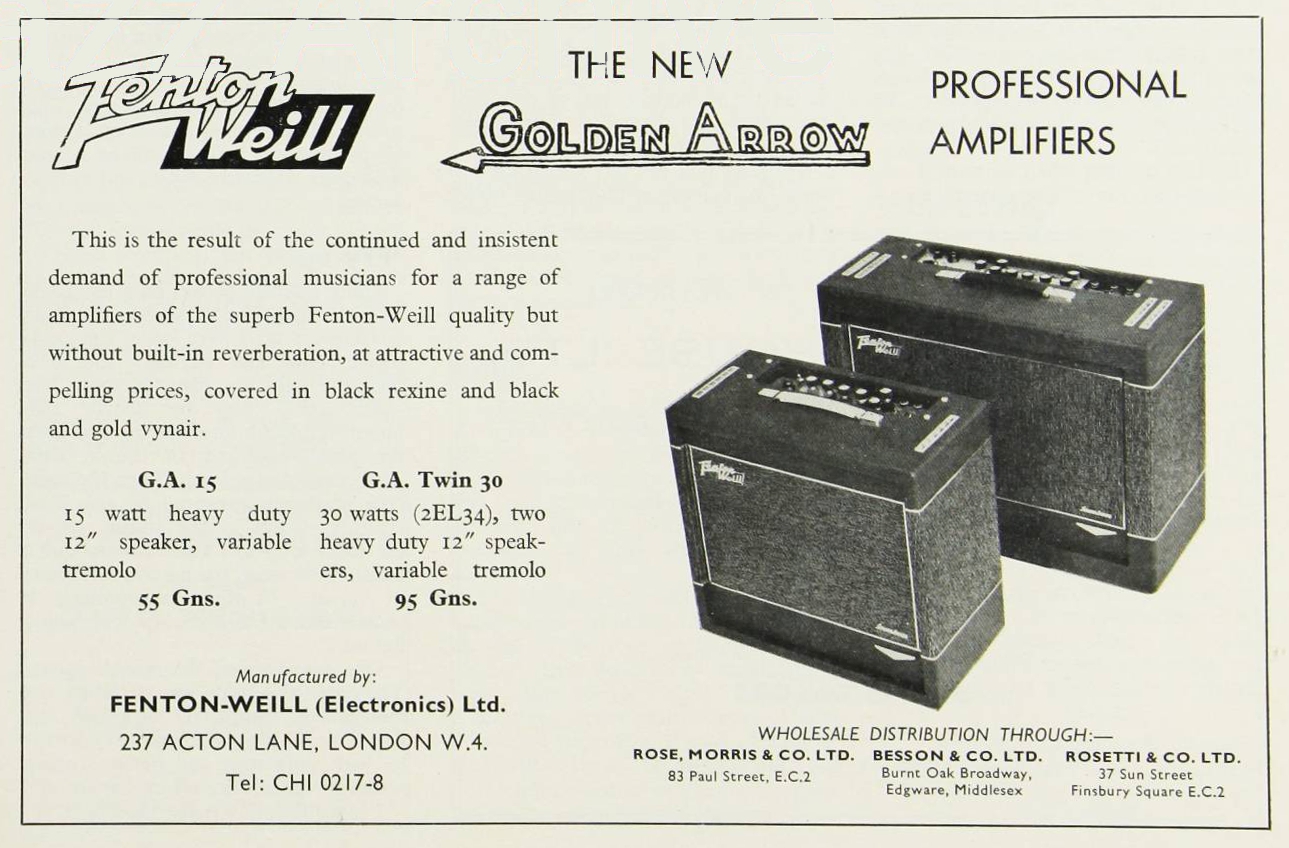 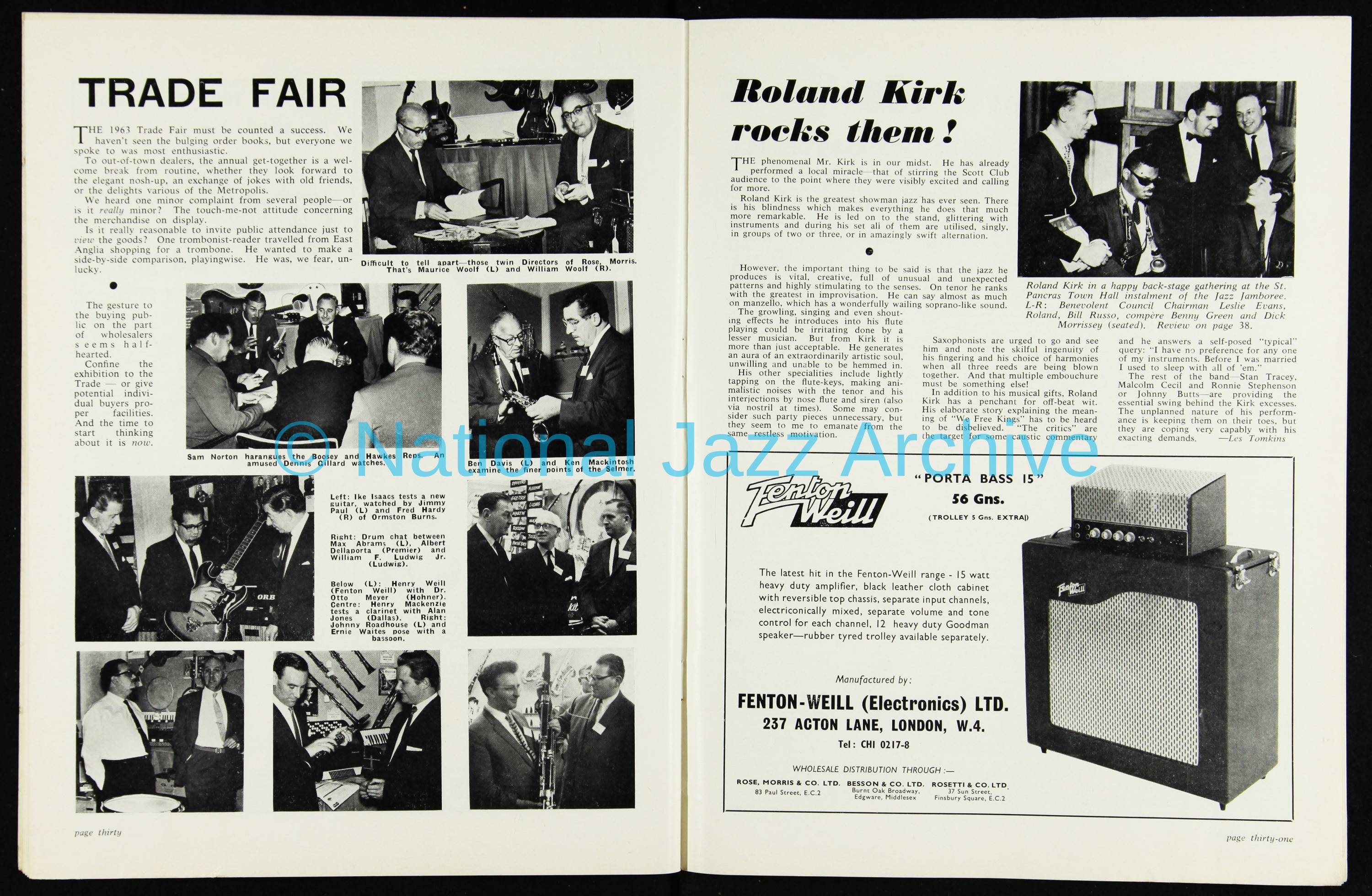 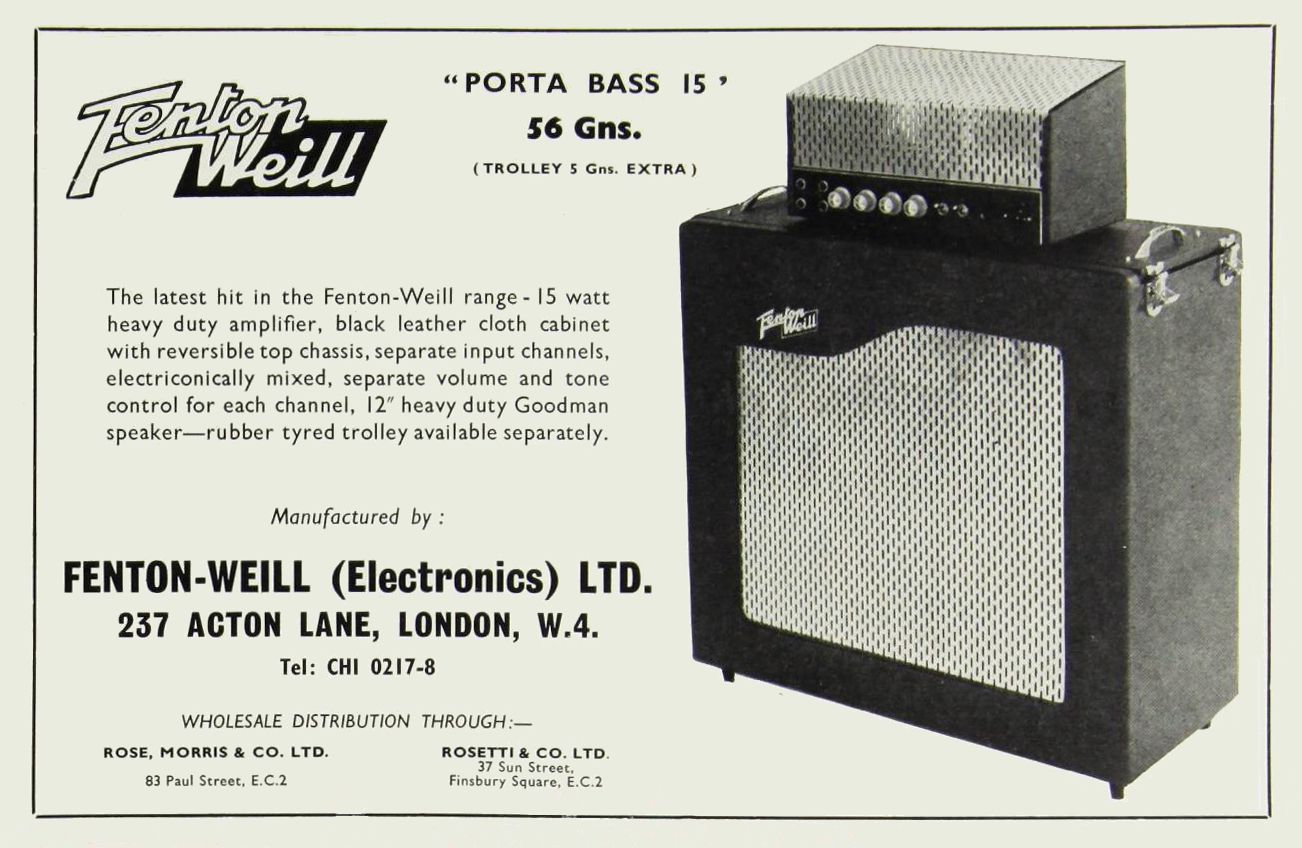 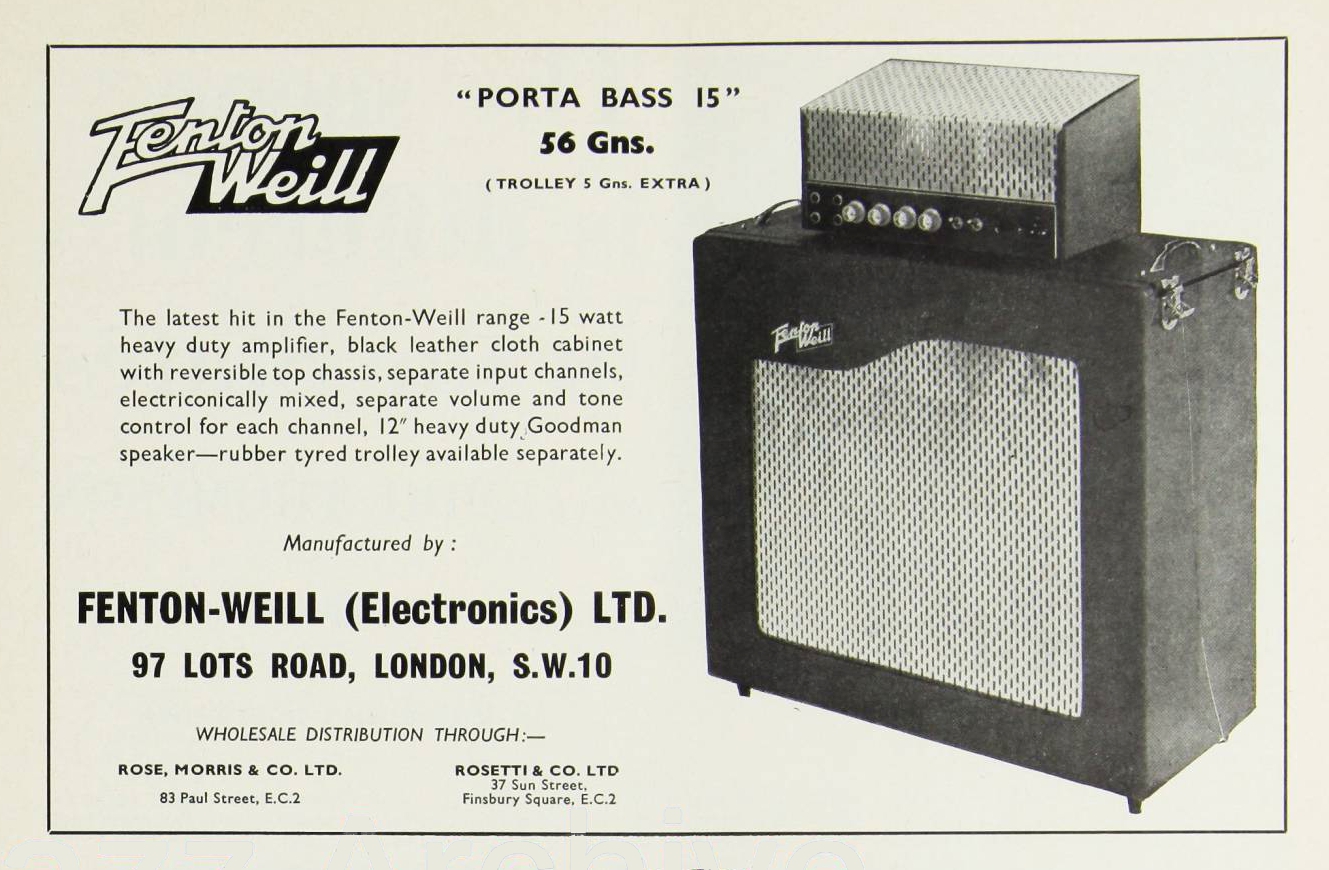 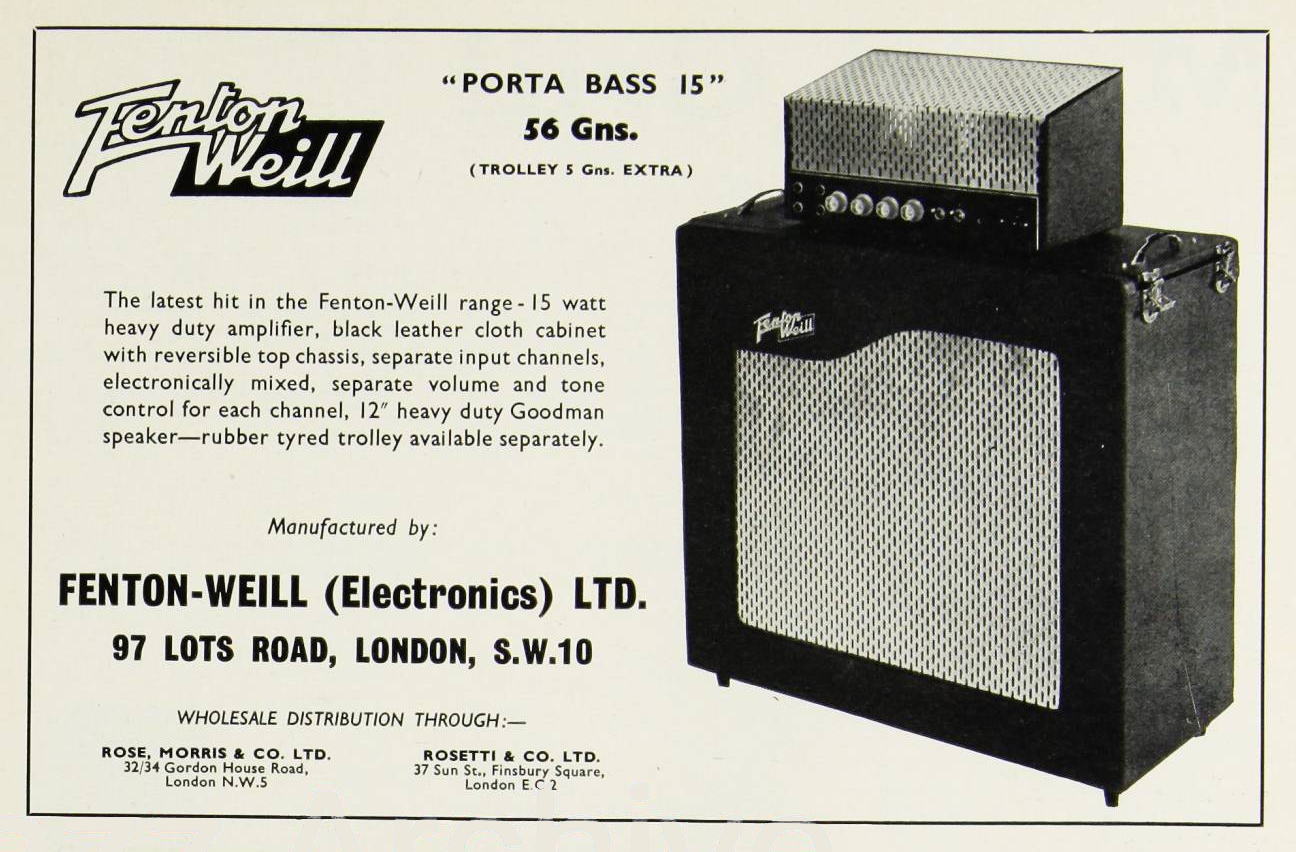 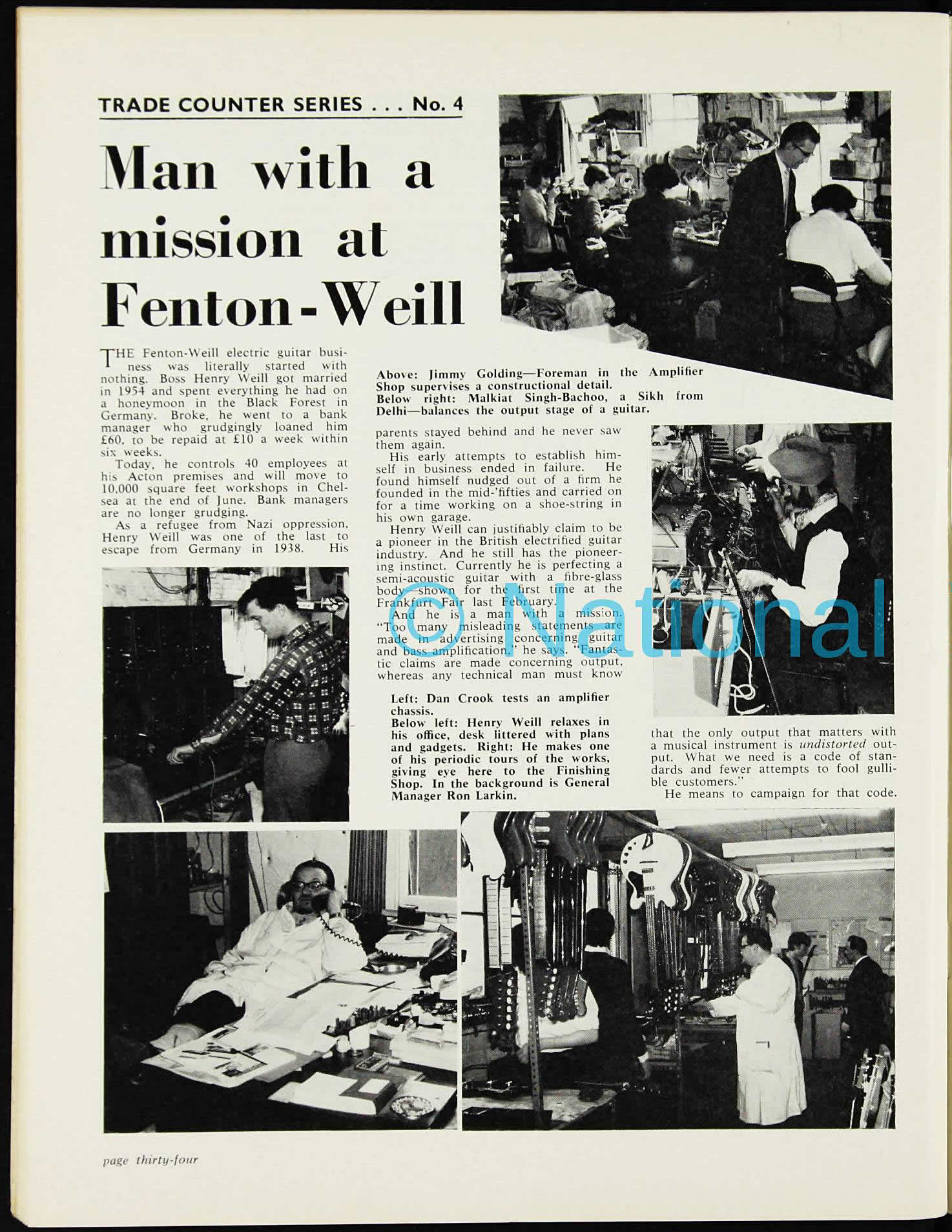